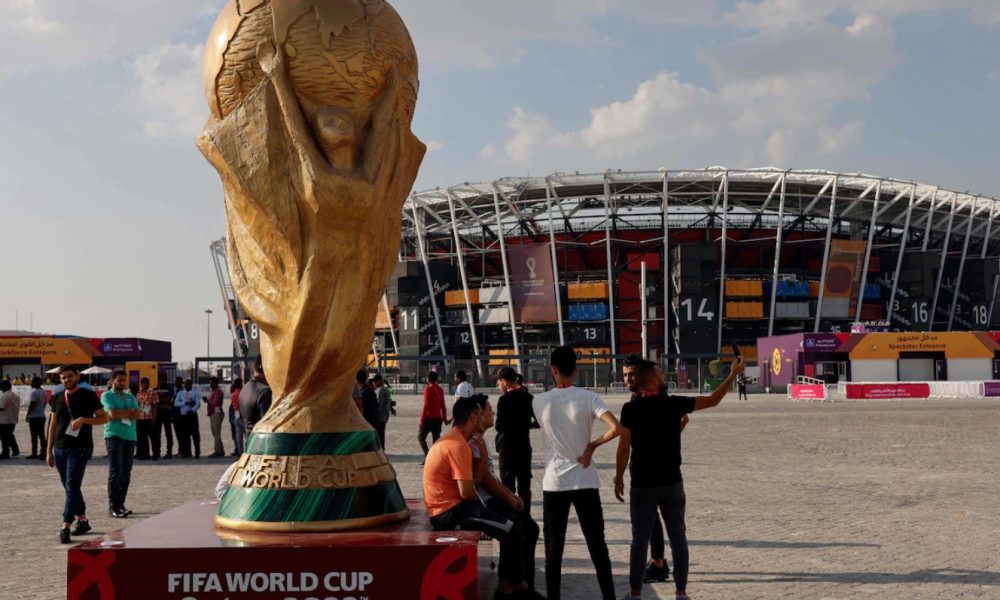 Everything in the 2022 World Cup is controlled by sensors and algorithms, including the soccer balls and stadium temperatures.

The worldwide sports blitz has begun. Numerous viewers are watching at home, and others are going to Qatar to see the 2022 FIFA World Cup in person despite the heat.

The focus on Doha brings with it a number of concerns: Fans will likely berate officials for making poor calls. Officials at the stadium want to reduce crowd size. Concerns about overheating exist. Public safety will be the first priority for elected representatives. Human rights violations and scandals abound.

Technology won’t be the entire solution, but it will play a role. From the soccer balls being thrown about to the thousands of cameras watching fans’ and players’ practically every move, officials are using sophisticated techniques to manage almost every element of the games, which is both intriguing and concerning.

Inside the official match ball, which will be manufactured by Adidas, are motion sensors. According to the business, the sensor would report precise location data on the ball 500 times every second, assisting referees in making more accurate calls.

Prior to the big event, the sensor-filled ball was put through its paces at a number of soccer competitions, including the 2021 FIFA Club World Cup, according to Adidas.

A data nerve center will receive information from the ball, which will be used in all 64 games in the tournament, allowing officials to track statistics and keep an eye on game action.

Gripes about the refereeing are a standard part of watching any soccer game.

But in this competition, authorities will deploy video assistance referees, which use algorithms and data points to assist on-field referees in making accurate calls, in an effort to reduce the issue, according to FIFA officials.

The technology was improved for this year’s games after being tested during the 2018 World Cup.

According to FIFA officials, the system will depend on tracking cameras placed beneath stadium roofs to track the sensor-filled ball and up to 29 data points on each player’s body at a rate of 50 times per second.

An artificial intelligence system will be supplied data points tracking players’ limbs and the location of the ball, assisting referees in making precise decisions regarding penalties like who is offside.

According to them, a robotic alarm will ping match officials in a video operation room, who will confirm the judgment before telling the referee.

It seemed inevitable that the heat would be a problem. Even though it won’t be a blazing summer, Qatar may have oppressively hot weather during the next month.

The government is using an innovative cooling system. According to FIFA, it was created by Saud Abdulaziz Abdul Ghani, a professor from Qatar who is known as “Dr. Cool.” The stadium’s pipes and vents bring air in, cool it, filter it, and then push it back out. According to game officials, it will create a cool bubble within the stadium where sensors will help control temperatures.

Stadiums will be kept between 64 and 75 degrees Fahrenheit using insulation and a technologically advanced technique called “spot cooling,” which enables cooling to occur only where people are.

More than 15,000 cameras would be used by Qatari command and control centers to monitor people’s movements throughout the games, officials there told Agence France-Presse in August.

All eight stadiums will have cameras scattered around them. According to Al Jazeera, facial recognition technology will be used to track supporters in the over 80,000-seat Lusail Stadium, where the championship game will be played. This has raised privacy concerns.
At addition, algorithms will be utilized, according to news reports, to try and stop stampedes in the stadium, like the one that occurred at a soccer match in Indonesia last month and claimed more than 130 lives.

According to news sources, the command and control team will be able to predict crowd patterns using algorithms that depend on a variety of data points, including ticket sales and entry locations.

The British Alan Turing Institute has developed an algorithm to forecast which team will win the World Cup.

According to institute representatives, their algorithm is based on an earlier one they utilized dubbed AIrsenal, which they created in 2018 to play Fantasy Premier League.

They said that they used a database from GitHub, a website for exchanging and working on computer code, which tracked the outcomes of each international soccer match since 1872. Their methodology accorded more weight to recent games and World Cup games.

The results, according to the institute, were as follows: Brazil won the competition in nearly 25% of simulations; Belgium won in approximately 18% of cases; and Argentina triumphed in just under 15% of cases.

Zach RileyNovember 28, 2022
Read More
Scroll for more
Tap
In North America, the ‘Full Self-Driving’ Beta from Tesla is now accessible to anyone
It has been rumored that around Christmas, The Epic Games Store will provide a free game every day
wpDiscuz
0
0
Would love your thoughts, please comment.x
()
x
| Reply