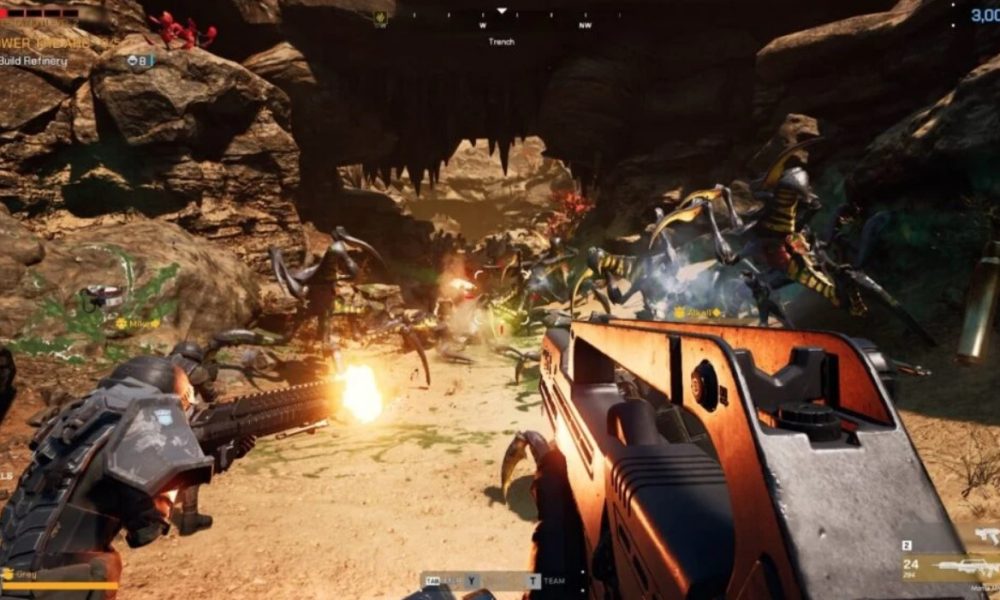 The newest title from Offworld Industries, the Canadian developer and publisher of 50v50 online shooter Beyond the Wire and tactical FPS Squad, is scheduled for release on Steam Early Access in the coming year.

Below is a teaser trailer for Starship Troopers: Extermination.

“Starship Troopers: Extermination puts players on the far-off front lines in an all-out assault against the Arachnid scourge,” reads the official press release.

“Squad up as a Trooper in the Mobile Infantry’s elite Special Forces unit, the Deep Space Vanguard. As they stand shoulder to shoulder with their fellow Vanguards, trusty Morita Assault Rifles in hand, to fight against swarms of bloodthirsty insectoid invaders on the hazardous surface of the planet Valaka, no Trooper will ever fight alone. So get ready to stomp some Bug.

Together, complete the objectives, gather the necessary materials, construct and protect your base of operations, and finally flee to the extraction point.

Offworld Industries, a Vancouver-based business founded in 2014 by a group of game modders and veterans, received a strategic investment from Tencent earlier this year. Tencent acquired a minority ownership in the studio.