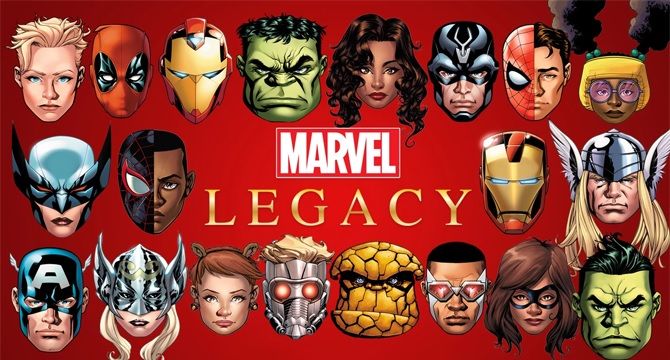 New York Comic Con’s best and most important panels are about comics. Shocking, I know. These panels can cover comic characters, the philosophy behind comics, and sometimes even the future of comics. And that’s why I’m here, to tell you about the future of Marvel comics, specifically some stories readers might want to look forward to.  Now, I can’t exactly spoil everything, but here’s a short list and summary of some comics Marvel readers might want to pick up in the Marvel Legacy line:

Iron Fist #74 — Sabretooth: Round Two
What’s Sabretooth doing in an Iron Fist comic? Isn’t he supposed to be an X-Men villain, specifically Wolverine’s rival? Well, it might surprise you to learn that Sabretooth actually first appeared in Iron First #14. So guess what that means? He and Iron Fist aren’t exactly the best of friends, but that won’t stop Iron Fist from needing Sabretooth’s help. Expect bar fights, mystical books, and maybe a gun or two.

Daredevil #595 — Mayor Fisk
Wilson Fisk, aka. The Kingpin, might be Daredevil’s archenemy, but that doesn’t mean Fisk doesn’t love New York City. Sure, he has some weird ways of trying to help the city, but Fisk’s heart is in the right place. At least, that’s what he believes; Fisk is, after all, a “the ends justify the means” sort of person, which makes him all the more dangerous when he is elected mayor. Now Fisk can do anything he wants, especially anything that makes life difficult for Daredevil, and as mayor Fisk is practically untouchable, especially from Daredevil’s vigilante brand of justice. This issue asks what happens when the Kingpin become the King, and the answer is nothing good.

The Punisher #218 — Punisher: War Machine
Sometimes heroes need an upgrade, but not all heroes know how to use this upgrade with restraint. Some, like Frank Castle, aka. The Punisher, want an upgrade to be less restrained. That’s exactly why Castle now has the War Machine armor: so he can have enough firepower to go up against an army. Because that’s what he plans to do. Which army, you may ask? Well that, my friend, you’ll have to read to find out.

The Punisher: The Platoon #2
We all know that what happened to Frank Castle during the Vietnam War turned him into the man he is today, but we don’t exactly know what happened to him in Vietnam. Well, it’s about time we found out. Not only will readers meet the men under Castle’s command, but also his first enemy. Will he survive? Of course he will. The question you should be asking, though, is how will he survive.

Runaways #3
In the long-awaited third issue in the Runaways story, the characters reunite in a “get the band back together” story. But it’s not all fun and games, because they will be faced with a dilemma, one we never could have predicted: will the Runaways remain runaways?

Guardians of the Galaxy #146: Infinity Quest
The Nova Corps have been sabotaged from within, and the only way to save the Corps is for the Guardians to join them. Also, an Infinity Stone might be involved. Oh, and now Ant Man is a member of the Guardians of the Galaxy. But that’s not all, because this issue begins a story that culminates in issue #150 with the return of two important characters, one of whom is Adam Warock.

Weapon H
Can’t reveal much about this comic, but ask yourself one question: what happens when someone steals and combines the DNA of Wolverine and The Hulk? You get Weapon H, i.e., Hulk with retractable claws. It’s an idea as awesome as a pterodactyl with rocket boosters, but right now that’s all we know.

These are only a few of the comics Marvel fans should look forward to in the coming months. I can’t wait to see what Marvel has in store for next year.