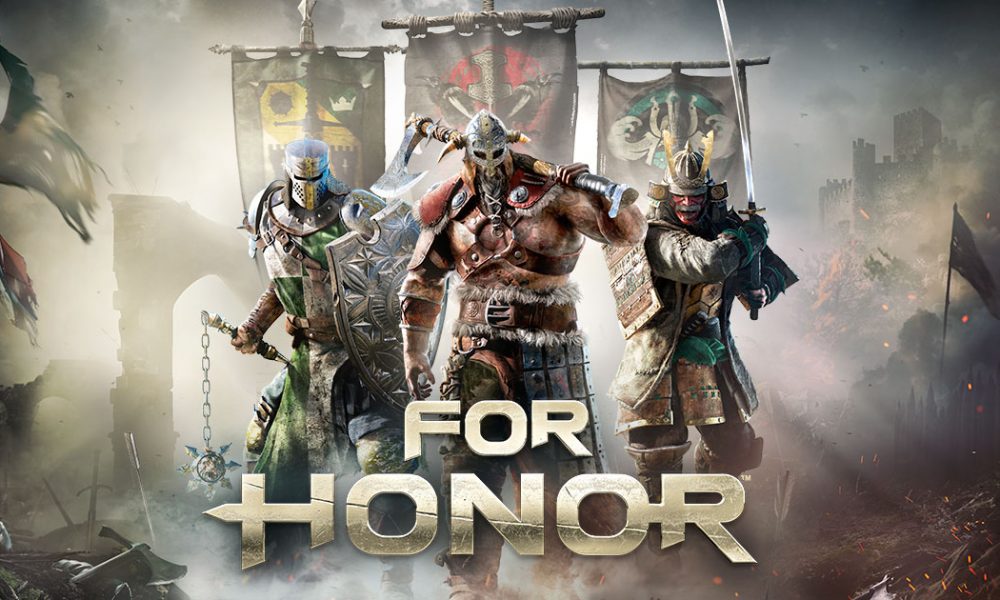 Ubisoft’s new IP, For Honor, brings a trio of deadly factions to war against each other on the battlefield. The game is available today for Xbox One, Playstation 4, and PC. For Honor was developed by Ubisoft Montreal in collaboration with several other Ubisoft studios, and offers an engaging campaign and thrilling multiplayer modes. Choose one of three great factions, the courageous Knights, the brutal Vikings, or the deadly Samurai and fight on believable battlefields themed after each faction.

For Honor features The Art of Battle, an innovative combat system that allows players to take complete control over their warriors and utilize their unique skills and styles to claim victory on the battlefield.

Today’s launch follows two successful betas that accumulated more than six million players with more than two billion minutes of gameplay worldwide. These were also the largest PC beta phases in Ubisoft’s history with 1.8M participants. The beta offered players a chance to experience Faction War, the persistent cross-platform meta-game. The Knights faction reigned supreme giving all players who pledged to the Knights the Emblems of power with golden frames usable for customization. These in-game rewards and rewards for all of the faction will be available at launch.

Faction War calls for players to “pledge their sword” to one of the three factions, driving player engagement as they work to emerge victorious and claim some of the in-game rewards mentioned above. “Every multiplayer battle in For Honor impacts the world as players earn War Assets based on their personal performance in matches. These War Assets can be deployed and spent helping players conquer and defend territories. Every match makes a difference, as all players contribute to the glory of their faction during each 10-week competitive multiplayer season.”

Additional content including new maps, heroes, modes, and gear will be released across the seasons following the launch. Season pass holders will receive early access to some of this content.