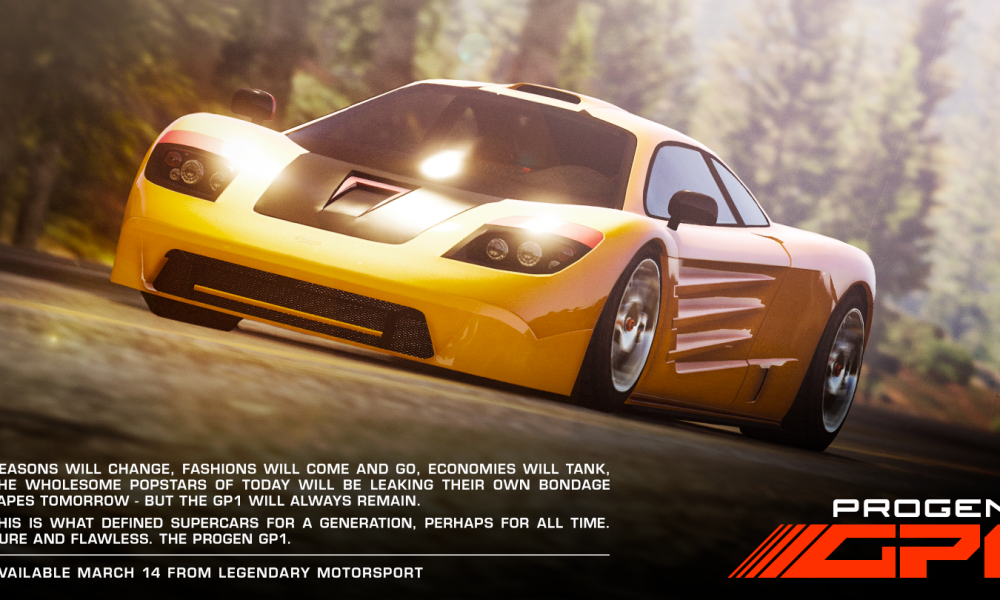 Grand Theft Auto V developers have added a whole bunch of new content to their game, as they’re prone to doing. Recent updates have added amazing new stunt races, and this update is keeping up the theme.

They’re offering 20 more stunt races, all of them designed for the Rocket Voltic, Ruiner 2000, and Blazer Aqua. The game is celebrating it’s new content by offering its players double their usual amount of money and RP earned from missions until March 22nd. They’re also offering the amazing new super car: the Progen GP1. This new two-door car costs $1,260,000 dollars to buy from Legendary Motorsport, so it’s by no means meant for the casual Joe.

If you’re sad that GTA has put yet another item behind an extreme pay wall, don’t be too sad. They’ve also unchained some content from their level requirements. Have you ever wanted to use the Heavy Insurgent, Rhino, Annihilator, Buzzard, or the Dubsta 6×6, but your level was too low? That’s not the case anymore, with the new heist vehicle instant access you can buy any of these vehicles now without having to meet their level requirements.

Along with all of this content there’s also the New Redneck Special Vehicle Race to sate your GTA related desires. This premium race is offering a massive prize pool for the top three finishers and triple the RP for all racers. You can start up this mission using the Quick Job App on your in-game smart phone.

If none of this new content catches your eye just wait a little longer. There’s some more updates in the works. There will be new additions to the Creator in relation to special vehicle races, along with new game modes. There’s also a little hint that players can expect a highly demanded “morbid muscle car”.