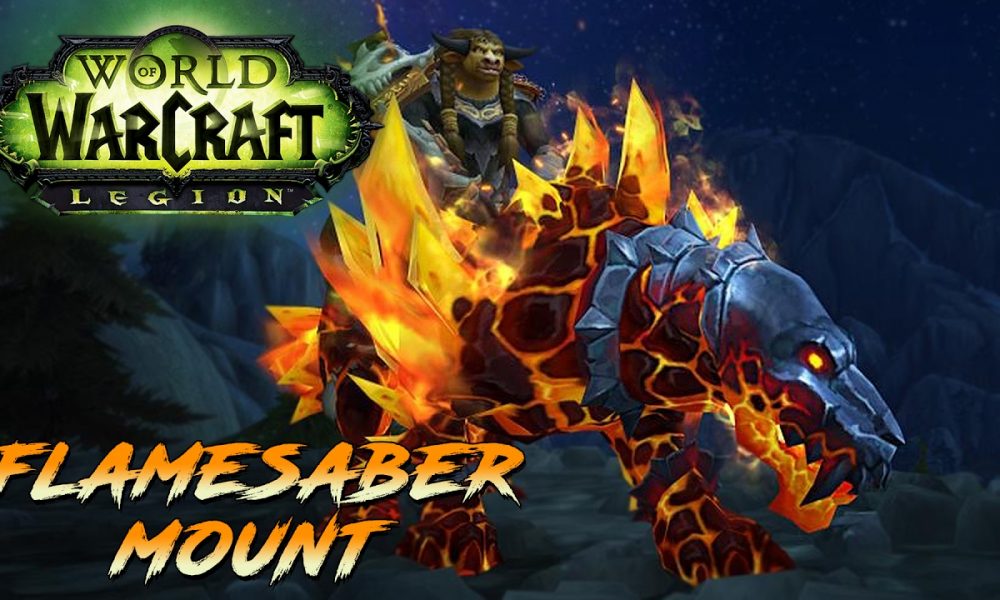 The event was technically due to be over, but due to a technical snafu on Blizzard’s side the company has extended the event through this Sunday the 26th of March for a new World of Warcraft mount. The company ended the event a few hours early, much to the chagrin of the procrastinators that were trying to get in some last minute games. Us slowpokes can rejoice in the slipup since it gives us another week to grab the Flamesaber.

“Gather your friends together and play any Warcraft Hero in Heroes of the Storm as a team and you can earn the new Primal Flamesaber Mount in World of Warcraft. ”

You don’t even have to win, and it could be against bots. Just make sure you’re playing as a World of Warcraft hero in Heroes of the Storm and that you play 15 total games with a Battle.net friend. It’s really a simple promotion with Blizzard trying to bring new blood into their MOBA which is a little less popular than they had hoped. League of Legends and DOTA 2 still dominate that market, and Blizzard hasn’t done the best job at carving out a piece of that pie.

Whether or not this event will actually lead to more lasting players for Heroes of the Storm is yet to be seen, but either way you can grab yourself a seriously cool mount in World of Warcraft just for an hour or two of your time.