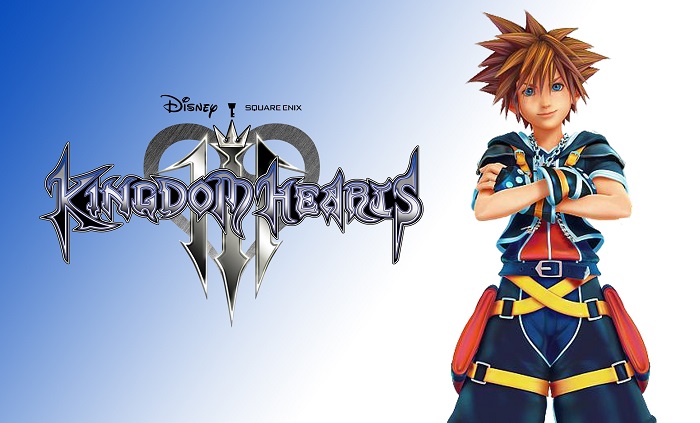 It might be a running joke right now regarding a Kingdom Hearts 3 release date, but dammit, Final Fantasy XV and The Last Guardian all released recently. So us Kingdom Hearts fans have had this a long time coming. After all the last full numbered entry was Kingdom Hearts 2 in 2006. Plus, it was announced a few years ago and only time was a factor now. Luckily, we’ll be receiving this holy grail of gaming A LOT sooner than we thought. Rumors placed it at the end of 2017/2018, but series creator/director/producer, Tetsuya Nomura, revealed a concrete release date on a Japanese television show.

Mr. Nomura appeared on the Japanese variety show, GameCenter CX, late last night. For most of the Western world that is. The show usually revolves around a Shinya Arino trying to beat retro video games in a single day. Nomura was on set to discuss the beginning of his career in the early 90’s and his work on Final Fantasy IV. When asked if a JRPG releasing in the summer is considered weird in today’s world, Nomura had this to say. (Thank you to Ben Nwgara for the translation and the heads up.)

“I can understand that qualm. The last, strict role-playing Final Fantasy to release in the summer was Final Fantasy X. Unfortunately, it doesn’t look like that trend will change. Unless the other series counts?” he said then looking off stage as if seeking confirmation.

When asked to expand on his comment, Nomura laughed and Mr. Arino persisted. Specifically, if it was something he, himself, was working on. There was a slight laugh, nod, and wink. Now at the moment, Tetsuya Nomura is working on three titles: Kingdom Hearts 3, Final Fantasy 7 remake, and another Dissidia Final Fantasy game. He mentioned that a Final Fantasy title won’t be releasing in the summer in the coming years (that he knows of) and that leaves only one possibility. KINGDOM HEARTS 3!!!

We don’t know if it’s this summer or next, but we’ve reached out for comment from Square Enix. We’ll let you know and definitely comment below on if you agree with us or not.

UPDATE: A Square Enix PR representative has gotten back to us and let us know that Kingdom Hearts 3 is definitely coming this Summer. When asked why she was so lenient with the information she said, “This was literally going to be an announcement less than a week from now. Plus, if I’m being honest, it’s my last day with the company. And they haven’t exactly been the best to me.” She also expanded on how fans of the series have waited long enough that the team agreed to publicly mention a release date when it was less than a month away. So there you have it. Kingdom Hearts 3 release day is set for this Summer and by the likes of it late April or early May!

DISCLAIMER: This is a well executed and surprisingly researched article in the spirit of April Fools day. None of this is real and the author should be made fun of for making it appear as realistic as it was.