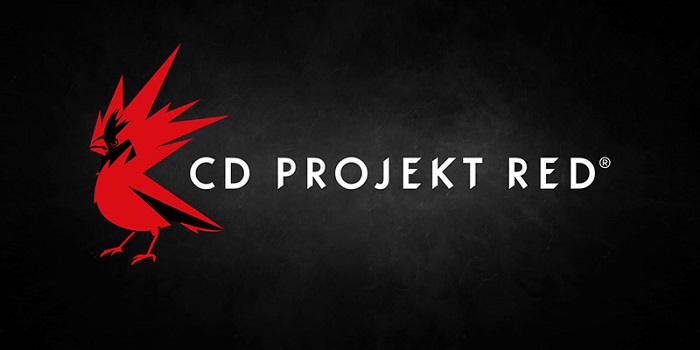 The Witcher series developer and creators of the addictive GWENT card game, CD Projekt Red, turned a few heads when they submitted a trademark for ‘CYBERPUNK’. After all the term is associated with many original game creations already and can be used as a genre definition. Trying to trademark something that can be that widespread seems foolhardy. Well, the developer has finally spoken out about their goal and what they’re trying to do.

When CD Projekt Red first acquired the rights to make a video game based on Mike Pondsmith’s universe, CYBERPUNK 2013 AND CYBERPUNK 2020, they also received the trademark registrations already in effect. So anything Mr. Pondsmith already enacted for trademark is now property of CD Projekt Red. In an effort to protect this, they also filed for the word ‘CYBERPUNK’ to protect their ability to create CYBERPUNK 2077 and future projects. Essentially snatching up the term so others couldn’t have it and sell the rights.

They also clarified what trademarks mean to them. CD Projekt Red reiterated that the use of describing and setting a different game in a Cyberpunk world is not restricted. It’s just that other developers can’t use it for branding/advertising purposes while relating their work to CYBERPUNK 2077. You can view their full statement below. 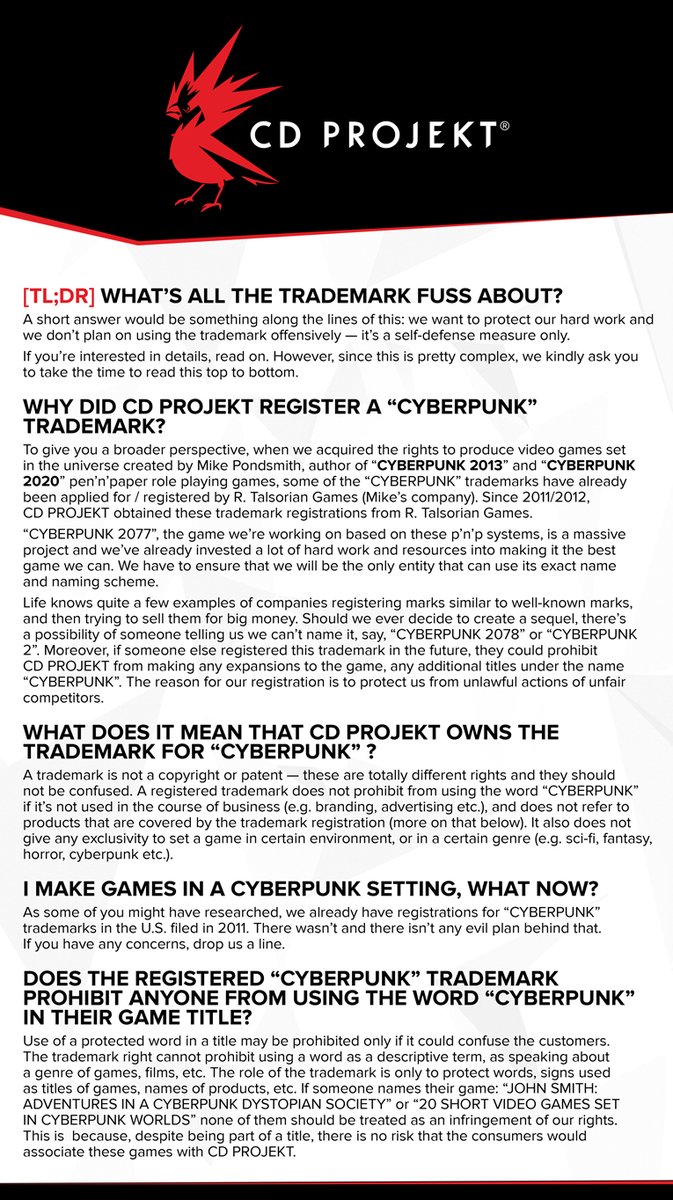 What’s your take on this trademark debate? Are you on CD Projekt Red’s side or do you feel they’re overreaching their grasp? Let us know in the comments below. Also, don’t be afraid to talk about how amazing The Witcher 3 or GWENT is.