You Will Be Able to Try Out Prey Before You Buy 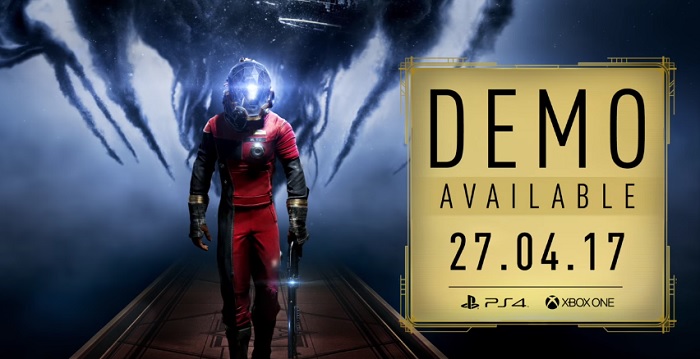 You Will Be Able to Try Out Prey Before You Buy

I’ve covered Arkane Studios’ reboot of the Prey franchise pretty extensively here at GeekReply. Being published by Bethesda and developed by Dishonored creators is nothing to scoff at. Although the story for Dishonored 2 could have used a lot of work am I right? Anyway, my heart skipped a beat anytime new Prey information came out and was able to relay it to you readers.

Today, the most gamer friendly of news has revealed itself involving the upcoming shooter. 2017’s Prey will have a demo that you can download starting April 27th. Not only will it be a demo, but act as the entire first hour of the game. Yup, this pre-launch experience will be no one’s slouch. You can check out the trailer and demo description below.

“Morgan Yu is about to have a very bad day. Aliens have escaped containment, dead bodies now litter the hallways of the Talos I space station, survivors are huddled together for safety, and the Typhon aliens are threatening to destroy everything you hold dear. As Morgan, you’ll have to fight the invasion in order to save humanity. But it all begins with what should have been a typical first day on the job for Morgan. And now you can experience the game’s thrilling first hour in the console-exclusive demo for Prey.”

We regret to inform PC users that the demo will not be coming their way. No word on why it was made console exclusive. Are you excited that an actual demo for a AAA title is once again available? Will you hold off because you don’t want to play Prey’s first hour a second time? Let us know!