Brass gets a facelift, and it was about time 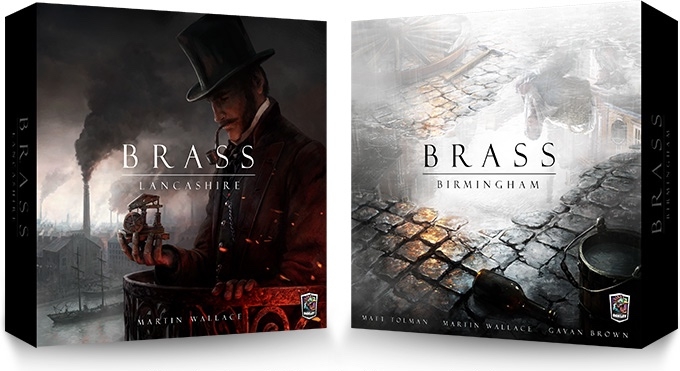 Brass gets a facelift, and it was about time

Any self-respecting board gamer has played or at least has heard of Martin Wallace’s magnum opus: Brass. I myself managed to play it for the first time a couple of years ago. It was a warm summer evening. The local insect population was already swarming the lowly lit porch where we were sitting. Yet the intensity that game created was so exhilarating that not even mosquito bites managed to break the fun. I myself can attest that although we were just some dudes drinking beer and flipping tokens over a plain looking map of Lancashire, we could actually feel the heat coming from the newly built ironworks of Manchester. As the sun was setting, we were determined to grab the last contracts with the overseas market and develop our cotton mills before the board would be wiped clean. And that was just the beginning.

For those who can’t quite grasp the experience of playing Brass, Roxley Games has taken upon themselves to produce a visual update to the classic game that’s worthy of its spirit. Being now live on Kickstarter, Roxley Games is offering Brass: Lancashire along with Brass: Birmingham, a new implementation of the rules, but in a different setting and with the same outstanding production value.

What is it about?

Brass was originally released ten years ago. The game focused on the area of Lancashire, England which experienced a massive change due to the Industrial Revolution. The damp climate was a perfect environment for developing cotton wool, and so auxiliary industries such as coal extraction and iron smelting were also on the rise. Players take on the role of greedy industrialists seizing new business opportunities. Each player is dealt a hand of cards which must be used wisely in order to capitalize not only on the intrinsic cotton demand of the external market but also on the demands created by their competitors’ industries. New ports scream for shipping contracts while the iron market beckons with quick profits.

Surely enough, Liverpool was becoming an important link for commerce. However, transport boats could not keep up with the demands. The water canals from the late 18th century could no longer support the volume of goods and so, Lancashire went through a new phase. Railroads pumping coal now began reaching from all directions. At a certain point in the game, the board goes through a literal apocalypse.

The entire canal infrastructure gets removed and most if not all industries go into disarray. Players who have not prepared for the shift in paradigm need to push hard to recuperate. Only the strongest industries get to prosper as the land is reshaped to make way for the steam engine. The dance of industry continues and by the end of the game, Lancashire becomes dotted with coal mines and cotton mills. The coastline is busy with commercial traffic and ship manufacturing. Finally, industrialists get to count the final points, because ‘Where there’s muck there’s brass’.