Pro Overwatch Player Gets Fired After A Terrifying Racist Rant 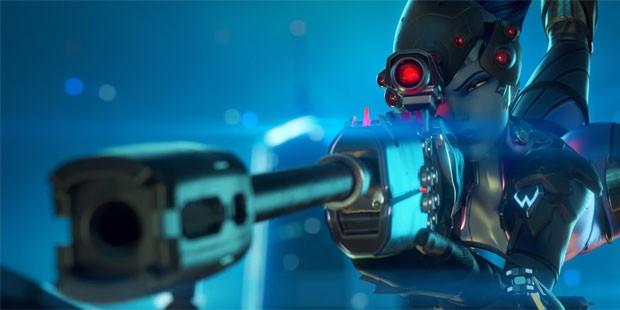 Pro Overwatch Player Gets Fired After A Terrifying Racist Rant

We all get stressed playing PVP games. For people that take the competition seriously, dealing with incompetent teammates, skilled opponents, or losing streaks can really ruin someone’s day. Professional Overwatch players play at the highest echelons of skill, so it makes sense that the pressure they feel would be exponentially increased. People deal with stress in different ways, and it seems like Overwatch Pro Matt ‘Dellor’ Vaughn deals with stress by shouting racist slurs while unknowingly streaming to his viewers.

Vaughn was unaware his stream was still going, and I guess the lack of an audience made him feel like it was acceptable to scream racist obscenities at his opponents and teammates. A Twitch viewer caught the whole thing on video, which you can watch on YouTube (WARNING: NSFW and Racist Language).

Twitch and the Esports community are upset with “Dellor”, as is to be expected, and they took action in response to this egregious and offensive outburst.

“Toronto Esports is an organization built on inclusivity, and we have always had a zero- tolerance policy for any forms of discrimination… Immediately upon learning of the incident, the player was interviewed, admitted to the offense, and was notified that his contract with the organization was being terminated.”

Twitch does not comment on terms of service violations, but it appears his twitch account was banned as Twitch has a zero tolerance position on hate speech.

Matt Vaughn admitted to the mistake, tweeting a brief acknowledgement / apology. It looks like he’s completely given up on eSports after this mistake, and accepts his termination as valid. I think with such an inflammatory and racist tirade made public that it would be difficult for Vaughn to continue his Overwatch career even if he wanted to.

As tensions run high, competition can bring out the worst in people. This is no excuse, however, for spouting racist language with such a strong history of hatred towards the black community. I’ve been really, really, really, angry at games in the past and never has the thought “hey, let me use the N-word repeatedly,” occurred to me. While some may chalk this up to anger gone wrong, there’s definitely something racist about a person who resorts to slurs when he gets upset.