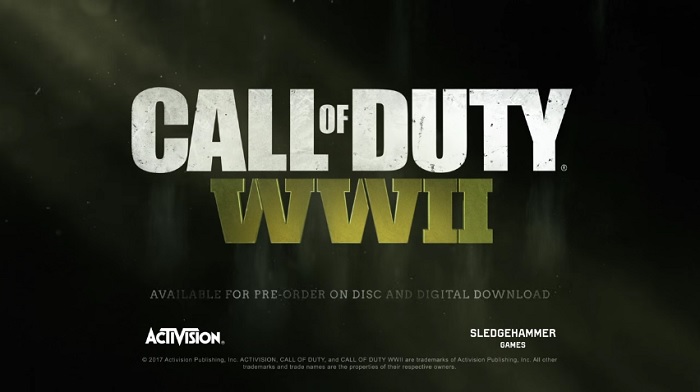 It almost seems like yesterday many people were complaining that every shooter focused on World War II. Call of Duty and Battlefield in particular took that critique to heart and proceeded to create anywhere from borderline futuristic shooters to full-blown sci-fi shooters these past handful of years. Although props to Battlefield 1 for going back to the very first World War, a first for the series. Activision may not be willing to take quite that big a risk, but have greenlight another Call of Duty for the World War II setting. Frankly, it seems like the right call because the lack of boots on the ground shooters from the CoD franchise has been in short supply.

Well, as promised the official reveal of “Call of Duty WWII” happened not too long ago and we have all the latest details. Sledgehammer Games is looking to craft the most immersive World War 2 environment ever while keeping the respect to a bloody conflict. That’s why the developers put a lot of hands on for this game. The team spent time on gun ranges with authentic World War 2 weaponry, watched many hours of old clips and war footage, visited museums and actual old war routes, and literally talked with veterans. Additionally, there is a focus on brotherhood and comradery which acts as a theme behind Call of Duty WWII.

The entire story will take place in Europe from 1944-1945 through the eyes of Private Red Daniels and will feature levels in France, Belgium, England, Germany, and more. Some voice actors have even described it as a massive feature film. A co-op mode you can probably guess will make its mandatory appearance as well. Nazi Zombies will be a separate story that once again focuses on horror elements. The plot behind it is the Third Reich grows desperate and tries to create a new army in the finals stages of the war. No other details were revealed other than a single headshot of a zombie.

Divisions will also make their way to Call of Duty WWII. Not much info was given, but by the sounds of it the feature will play a lot like Battlefield’s setup. Basically being able to choose a class so to speak. It has been said to add immersion to the experience. Most excitingly though is the addition of Headquarters. This “mode” acts like a living space for soldiers and seems inspired by the likes of PlayStation Home or Destiny’s Tower. The quick (read: five second) trailer showed much more than twelve gamers hanging around in a social, war torn space. Again, not much info was given about this new feature. 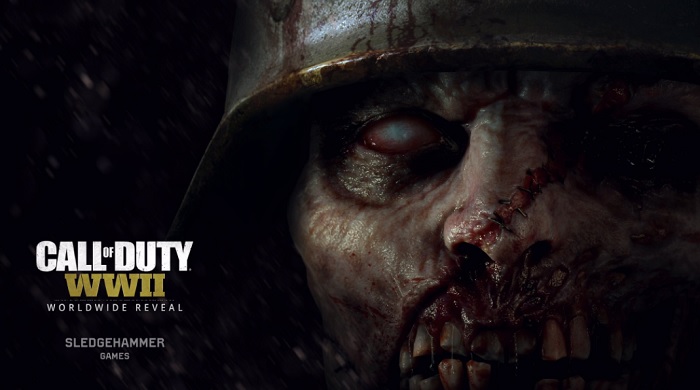 Lastly, the release for Call of Duty WWII has been confirmed for November 3rd of this year. You’ll be guaranteed a spot in it if you pre-order and PlayStation users will receive it first. Plus, a multiplayer beta has been confirmed to arrive before the game’s launch date. We’ve been promised a lot more info come E3 2017 and as always we’ll keep you updated.

Did you watch the Call of Duty WWII reveal? Are you excited for the return to World War 2 or the new features? Let us know in the comments!