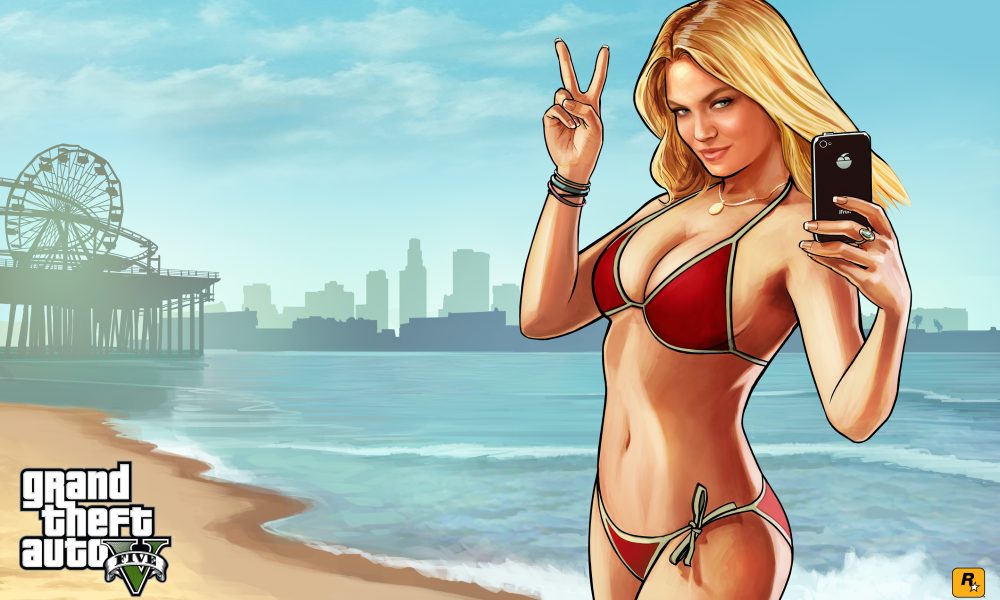 The Grand Theft Auto games are a series with a controversial history. Each release was met with mainstream media and angry parents criticizing the game left and right for its brash approach to, and in some cases glorification of, sex, violence, and drug use. An uninformed public behind the times doesn’t seem to realize that the games are intended for an adult audience, and suddenly you have Fox News blaming the game and developers when an eight year old shoots his grandmother. I’m a huge fan of the series and will be the first to defend it when people want to drag it through the dirt, but that doesn’t mean I’m blind to some blatant issues when it comes to the way Rockstar approaches the series. Sure, the games largely deal with a seedy criminal element, but is sexism a necessary part of that formula? With Grand Theft Auto VI, is it time to see fleshed out female characters – or even a female protagonist? I sure think so.

Everyone has their favorite Grand Theft Auto protagonist, whether it’s Claude from GTA 3, Niko from 4, or the unique trio of protagonists in Grand Theft Auto V, there’s a decent amount of variation between characters. What all recent games have in common, however, is gender. All protagonists after the original game (which we’ll discuss below), and even all of the characters of substance (with few exceptions) are male. The criminal element is central to Grand Theft Auto, but there are female criminals in real life, so why not in the game? Rockstar has even shown that they can pull off a great and engaging story with more than one main character, so why can’t one of them be a woman in Grand Theft Auto VI? Rockstar’s games in general have almost exclusively featured male protagonists, with popular titles Bully and Red Dead Redemption also starring a male character, and it’s time for that to change with Grand Theft Auto VI.

Rockstar has proven that they have the chops to create engaging stories, but they’re not very diverse at all. The majority of female characters are portrayed as dumb, annoying, trashy, or “the bitch”. The argument that the genre in general lends itself towards male characters is flawed, too, as fellow criminal-centric series Saint’s Row allows for female character creation.

I’m certain fans of the series will be quick to point out the original Grand Theft Auto where players could choose between an equal amount of female characters, but story in Grand Theft Auto was non-existent and selection was just aesthetics. Calling them characters is even rather generous. If you’re going to stick to this point, the question remains: Why did Rockstar move backwards? Grand Theft Auto VI is the perfect opportunity for Rockstar to catch up with more progressive developers and show they have the ability to create more complex female characters that can actually past the Bechdel Test.

I’m not alone in the argument that the Grand Theft Auto series is misogynistic. Reviews were extremely critical of the title’s treatment of women. The New York Times spoke of the game’s “lack of interest in women as something other than lustful airheads”. Gamespot’s reviewer pointed out “exaggerations of misogynistic undercurrents in our own society, but not satirical ones. With nothing in the narrative to underscore how insane and wrong this is, all the game does is reinforce and celebrate sexism.” The game doesn’t just fail to include “great” female characters – it’s exclusively dominated by awful ones. Grand Theft Auto VI deserves a story that celebrates women (even if they’re criminals) rather than lazily using them as comic relief or a point of contention.

Critics of the diversity argument may point to Grand Theft Auto V’s online mode as a medium for female players to create their own criminal, but despite the huge community in Grand Theft Auto Online, the games are still largely single player experiences. There’s very little story behind online characters, and while players are free to make their own, a lot of people play games to be told a story rather than create one.

Video games are no longer a medium dominated by men. While men may be the majority still, an almost equal amount of women consider themselves gamers. We’ve seen other studios provide diverse characters that provide an inclusive experience. Bioware is well-known for their progressive approach to characters, albeit with mixed results, and their games have drawn in a wide audience from many different backgrounds. It’s long overdue for Rockstar to ditch tired cliches. Give us something fresh in Grand Theft Auto VI.