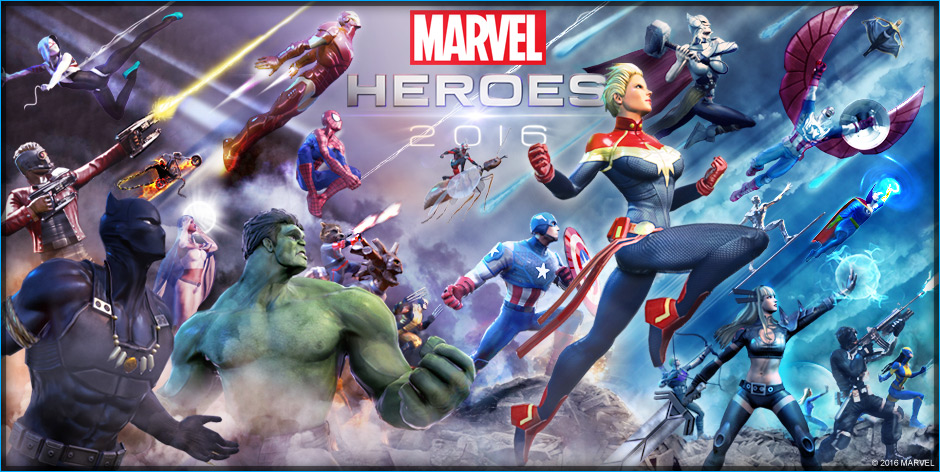 Until recently, it wouldn’t have been necessary to qualify “Marvel Heroes” with “PC”, but the closed beta of Marvel Heroes Omega is live for Playstation 4 is live, and many players have had concerns that developer Gazillion was neglecting PC in favor of focusing on PS4. Gazillion did their best to dispel these fears earlier today as creative director Jess Decker revealed the roadmap for Marvel Heroes’ PC version in 2017.

Late July – Carnage playable; Carnage has been discussed as a potential playable for a long time. The design team is pretty excited about what they can do with his power set and the awesome visuals of Carnage turning his own body into weapons.

Late November – Odinson (Unworthy Thor) playable. This incarnation of Thor has a full roster of new powers that change dynamically as he switches between weapons. It’s worth emphasizing that this is a new playable not a special costume.”

Many longtime veterans of the PC version were upset earlier this year when Marvel completely revamped the way many systems in the game worked, criticizing the update as an oversimplification of what previously was a great game. In preparation for the release of Marvel Heroes Omega on the Playstation 4, a lot of aspects of the game were streamlined. Controversially, Gazillion decided to limit players to a single action bar which forces players to really pick and choose which abilities will best suit their build.

These changes seem to be designed to bring the PC version more in line with the company’s plans for the PS4, but the Jess Decker stressed that they want the games to be similar but not exactly the same. Features such as trading and the Teamup mechanic present in PC won’t be going away despite the fact that these options aren’t available on the Playstatoin 4. This should be encouraging to PC players, some of whom were convinced the world was ending when these changes rolled out to PC. While there’s no doubt that the arrival of Marvel Heroes Omega will influence the development of the PC version, it’s encouraging that the roadmaps will be separate and the progress of Marvel Heroes PC (hopefully) won’t be further hindered by Playstation 4.