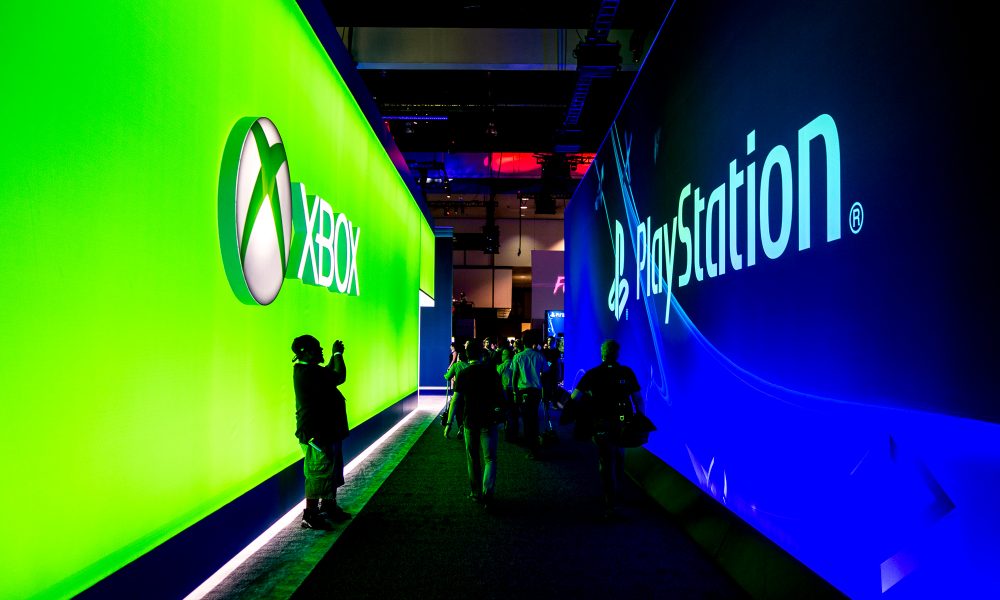 There are many routes that Game Freak could take their hit series now, but one of those is remaking the fourth generation duo of Pokémon Diamond and Pearl. I believe this would be a bad idea to announce at E3 on Nintendo’s part. The generation one and two remakes were great games. Each respected the source material and did something exciting and new with it. However, the generation three remakes were a bit of a disappointment for fans. It made the games far too easy and replaced a lot of the older compelling aesthetics and features for new ones that weren’t as well-received. Announcing a remake of Diamond and Pearl at E3 runs the risk of not only repeating the mistakes of Omega Ruby and Alpha Sapphire, it could disappoint fans of the originals and be received poorly.

While remastering the most successful entry in Microsoft’s most successful gaming franchise would certainly give the Xbox One the shot in the arm it needs to keep up with PlayStation, it’s a double-edged sword. The Xbox has always been criticized for not being able to stand on its own well enough without the help of Halo. This remaster wouldn’t help with that ridicule. There’s also the matter of how to even go about releasing this game. Would it be a $60 stand-alone game? Would it be DLC for Halo: The Master Chief Collection? Either option would upset somebody out there. There’s also no need to remaster it. The entire purpose of remastering Halo: Combat Evolved and Halo 2 was to bring them to the next generation console with Xbox Live support. This isn’t necessary since the base version of Halo 3 is already on the Xbox One through The Master Chief Collection which has a dysfunctional yet still existent multiplayer. There’s not many good reasons for Microsoft to show off this remaster at E3.

Before someone shoots me hear me out. KotOR and KotOR II are my two favorite games of all time. I would love nothing more than to see them brought back to modern audiences who would be much more likely to play and experience it than they are now. However, there are numerous issues standing in the way of releasing this game. For starters, legal rights would make development a nightmare. The first two games were released as Microsoft exclusives on the original Xbox and PC. Now, EA has the rights to Star Wars games but Microsoft could still argue it owns the KotOR IP. Even if it went forward from here, it could end up being an Xbox exclusive again which would alienate Sony Star Wars fans. Then there’s the fact that the games are no longer canon in the Star Wars universe and would have to find some way to fit into the new canon. This is incredibly difficult considering the creative freedom that would be ruined in doing something new with the story along with the changes that would have to be made to the original in order to fit in. Announcing this remake at E3 would be a disaster and likely lead to a lackluster product.

Series director Hidetaka Miyazaki is a genius in the gaming industry and the majority of his games have been masterpieces. Bloodborne is an example of this and still stands today as my personal favorite game on the PlayStation 4. However, I think it’s time he and FromSoftware takes a break from entries into their “SoulsBorne” series, affectionately named so by fans. There has been new content in the SoulsBorne series every year now since 2014 and there’s no need for a new announcement in the series at E3 this year. I would love to see Bloodborne 2 at some point considering how much I adore the first one and how much I will truly miss SoulsBorne if Dark Souls III really is the end. However, I feel that we should go a year or two without an entry in the series so that when it does come out, we can fully appreciate the game rather than moving on to a new one when the year is over. If it is announced, it should be done so at a future E3 rather than the 2017 E3 convention that is coming up. This would also eliminate the potential for franchise fatigue and the lack of creativity that Assassin’s Creed and Call of Duty have both been suffering with.

With the release of Nintendo’s Switch this March and Microsoft’s plan to release Project Scorpio sometime later this year, it looks like we’re entering into the ninth generation of consoles. That being said, Nintendo has largely done its own thing every generation and Microsoft has publicly stated it is done with console generations. What would really seal the deal here would be Sony releasing the PlayStation 5 some time next year as they are rumored to being doing. However, I feel this would be a huge mistake for the industry as a whole, especially announcing it this early at E3 2017. Not only would this alienate gamers who finally made the update to the eighth generation consoles recently, it would really harm the credibility this generation has right now. This gen took a very long time to find its footing in the gaming industry and it is just now starting to hit its stride. Ending things now would be a slap in the face to all the people that bought consoles at any point during this generation, let alone recently. Not only that but it would make this one of the shortest and most uneventful console generations of all time. E3 is supposed to be a time of celebration and anticipation for the video game industry and an announcement like this could very well get in the way of that