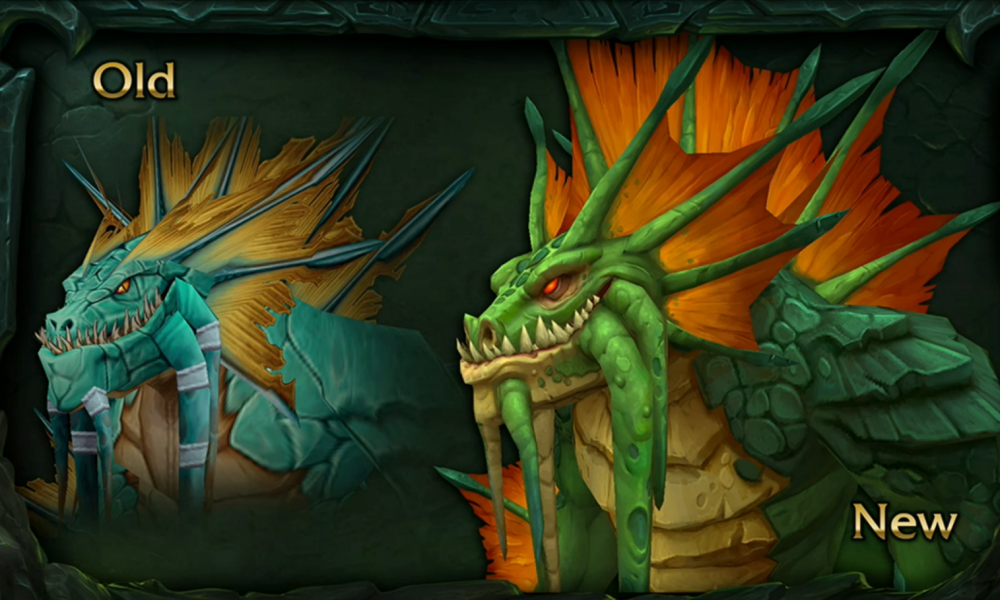 We’re about six months or so into the first year of World of Warcraft Legion, but the internet is constantly abuzz with rumors of what’s coming next. I know a lot of people are already tiring of the endless artifact power grind marketed to audiences as “always having something to do”, and Legion is really starting to seem like more of the same when it comes to running out of content. Personally, I’m taking a break from Legion after raiding since release, and while I’m always convinced that when I quit that I’m done for good, new expansion packs or patches always seem to pull me back. A “leak” on Reddit has a lot of information about what a lot of people are thinking is the next World of Warcraft expansion: World of Warcraft: Rise of the Naga Empire.

It’s important to take this leak with a grain of salt, because while there’s a decent amount of information here that makes it seem legit, there always seems to be rumors of Murlocs or Naga being the focus of an expansion every time people discuss new WoW expansions. Until now, they’re never really amounted to anything, but will developers take these (previously false) rumors and develop them into the next World of Warcraft expansion? This reddit user certainly thinks so. Keep in mind that the post is pretty downvoted and while the person who submitted the content assures readers the content is from a leaked email from the Blizzard Irvine offices, the subreddit in general remains skeptical. Regardless of whether or not it’s legit it’s always fun to read these rumors, so let’s get into it:

Name: Rise of the Naga Empire

The Burning Legion has diverted the attention of the heroes of Azeroth away from their home lands. As the war wages on Argus to stop the Legion, Azshara continues her preparations in carrying out the will of N’zoth by readying an invasion that will cover every continent on the planet. The Naga Empire has been building its forces and patiently waiting for the perfect time to strike. Using a twisted form of black magic and power granted to her from N’Zoth, Azshara will carry out a ritual that will cause the submerged Naga empire to rise from the depths. Both the Horde and Alliance are unprepared for such an attack, and as a result, many iconic locations will be destroyed. In order to defend the lands that the factions of Azeroth hold dear, both major factions must band together even amid the hatred both feel for each other.

Inventions created by the Gnomes and adopted by the Goblins will be created and refined to help curtail the invading Naga. Gifted and mechanically intelligent Gnomes and Goblins will pilot massive suites of Armor and will be instrumental in holding off the Naga invasions. These Tinkers will be looked at by the rest of the horde and alliance as essential to the military efforts that will greatly help turn the tide of battle.

Level Cap Raised to 120
New Race: Naga (Neutral) A splinter faction of Naga unwilling to succumb the Old God’s whispers defect from Azshara’s ranks and choose to either join the Horde or Alliance

New Mount Type: Boats (with the help of the Goblins and Gnomes, players will be able to create their own boat in the initial leveling stage of the expansion. Faster boats will be able to be found as mount drops off bosses.)

Race specific House Boats will be able to be created and customized by players.

Faction Allegiance System: Allows horde and alliance players to undergo a series of quests and events that eventually allows them to group together, unlocks account wide.

8 New Zones (All new zones will have Legion level scaling tech except for ones indicated):

There’s a few issues with this leak that a lot of reddit commenters have brought up.

First, a new race of the Naga could be a thing, but the majority of armors wouldn’t be able to be worn by people that don’t have legs or feet. Blizzard would have to adjust every single piece of armor to somehow make sense for a race that’s essentially a slithering fish.

Second, this would be the World of Warcraft expansion where Blizzard introduces a new class but doesn’t allow the newest race to play it.

The idea of the Horde and Alliance playing together just really doesn’t make sense either.

Personally, I’m not buying these “facts” as legitimate precursors and leaks to a new expansion, but the ideas are definitely creative. What do you guys think of this World of Warcraft expansion “leak”?