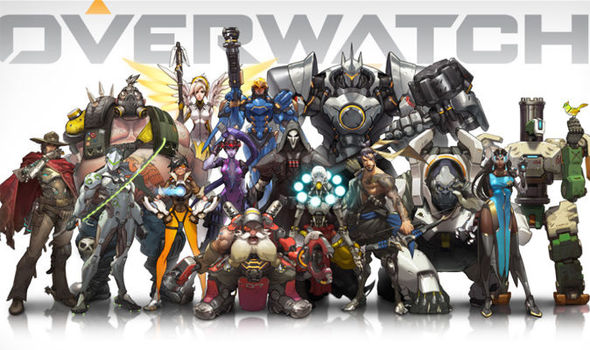 It’s hard to believe it’s been a full year since Blizzard released Overwatch and took the FPS market by storm. The franchise has grown quicker than anyone expected, though we shouldn’t be surprised with a behemoth like Blizzard in charge of development. At the same time, Heroes of the Storm really struggled to capture a significant portion of the MOBA market, so it was by no means a “sure thing” when the game launched. Still, with millions of regular players and a fan base that shows no signs of slowing down, there’s no denying that Overwatch is a smash hit. Blizzard is celebrating one year since release with the Overwatch Anniversary Event, launching May 23rd.

Blizzard has put together a pretty cool video documenting the progress the game has made in its first year. We’ve included it below for your viewing pleasure.

As far as what we can actually expect from the Overwatch Anniversary Event, there aren’t too many details released just yet. We may learn more as it gets closer to next Tuesday, or we could just be surprised during launch. With the release so close I honestly won’t be that upset if I don’t know exactly what’s coming. There’s something satisfying about logging on after the patch and checking out everything that’s new for yourself. Data miners have gleaned that there will definitely be at least 5 new items for each hero, with many heroes receiving multiple skins. I’m sure for such a big event that Blizzard will do their best to celebrate the Overwatch Anniversary in style.

Launching alongside the Overwatch Anniversary will be a digital “Game of the Year” edition of the game for PC, PS4, and Xbox One. The game will include the base game, “origin” skins originally included in the Origin edition, and ten free loot boxes. “Purchasing the GotY Edition also unlocks Overwatch-themed in-game items in Diablo III, World of Warcraft, Starcraft II, and Heroes of the Storm.”

If you haven’t given Overwatch a try, the Overwatch Anniversary Event is a good time to give it a go as Blizzard will allow anyone to log on for free from May 26th through the 29th.

Zach RileyJanuary 31, 2023
Read More
The Witcher Netflix Series Will Be Based on the Novels, Not the Games
Rumors of New World of Warcraft Expansion Posted in Reddit “Leak”