The Games of E3 2017’s Press Conferences Recap and Review

The Games of E3 2017’s Press Conferences Recap and Review

Battlefield 1 DLC is on its way this September, titled In the Name the Tsar, with six new maps, and the addition of the Russian army. Madden 18, NBA Live 18, and FIFA 18 are also coming with single-player campaigns titled Longshot, The One, and The Journey: Alex Returns respectively. BioWare has a new Destiny-esque IP known as Anthem. Indie co-op game A Way Out is the first announcement in the EA Originals games program. Need for Speed Payback will come to PC, PS4, and Xbox One on November 10th. Finally, Star Wars: Battlefront II got a huge multiplayer reveal with a new trailer and gameplay from the Assault on Theed game mode featuring prequel content.

As cool as some of the gameplay was, EA’s conference was a bit disappointing. Most of their focus went to sports games, which most gamers don’t care about at all. Most the rest of it went to multiplayer content in Battlefront II, which is the opposite of what fans have been asking to see from a Battlefront title since the last one. (4/10)

Starting with their new console, the Project Scorpio has been revealed to be called the Xbox One X, launching this November for $499 and is a powerhouse. 4K Minecraft, Middle-earth: Shadow of War, Cuphead, Anthem, Assassin’s Creed: Origins, PlayerUnknown’s Battlegrounds, Sea of Thieves, Crackdown 3, Metro: Exodus, and Forza 7 were all shown off as well. Each will be releasing later this October and November with the exception of Anthem and Sea of Thieves (both 2018). Finally, original Xbox games are being added to Xbox One’s backwards compatibility program.

Each of these games looks interesting, but they’re all available on different platforms. Xbox One X is an insanely cheap way to play 4K games, but it has no new features beyond that. Backwards compatible OG Xbox games is a great move on their part, however. (6/10)

Skyrim on the Switch will have Amiibo support and allow for the use of Link’s tunic, Master Sword, and Hylian Shield from Breath of the Wild. VR versions of Fallout 4 and Doom have been announced. The Elder Scrolls: Legends card game is getting a big expansion. Wolfenstein lead character BJ Blazkowicz is coming to Quake Champions. Wolfenstein 2: The New Colossus, The Evil Within 2, and Dishonored: Death of the Outsider have all been announced for release later this year.

The new Wolfenstein and Evil Within look good but overall, Bethesda was very disappointing. Mods can easily do what the Amiibo support is doing for Skyrim (and better), a new Fallout or Doom would’ve been cooler than VR versions, and every other announcement didn’t amount to much. The conference was also very short clocking in at only 39 minutes. (5/10)

Total War: Warhammer 2, BattleTech, Ylands, Lawbreakers, Griftlands, and Tunic were all shown off and getting release dates later this year or sometime in 2018. New content for XCOM 2, PlayerUnknown’s Battleground, Killing Floor 2, Middle-earth: Shadow of War, and Age of Empires Definitive Edition was all revealed including DLC, 4K support, new in-game features, etc.

The indie games here looked cool and the additions to existing games are much appreciated. Overall, this conference was better than the last 3 but nothing stands out about it. (7/10)

Shigeru Miyamoto showed up to E3 a day early to show off Mario + Rabbids Kingdom Battle. More content was shown off for Assassin’s Creed: Origins, Far Cry 5, and South Park: The Fractured But Whole two of which are set to release later this year with Far Cry 5 in February. As for new games, Beyond Good and Evil 2, Skull and Bones, Transference, Just Dance 2018, South Park: Phone Destroyer, Starlink: Battle for Atlas, and a new expansion for Steep called Road to the Olympics were all announced.

Most of what Ubisoft showed off looked fun. We saw new content of what we were expecting and got some nice surprises like Beyond Good and Evil 2. (7/10)

We got to see a lot more of Marvel vs. Capcom: Infinite, Destiny 2, Call of Duty: World War II, the new God of War, and Spider-Man. As for new titles, we saw Monster Hunter World, Day’s Gone, Uncharted: The Lost Legacy, Knack 2, and Detroit: Become Human. New content was also announced for Horizon: Zero Dawn titled The Frozen Wastes, a new remaster of Shadow of the Colossus coming next year, and new VR titles including Skyrim, FFXV, etc.

The multiplatform games shown off here looked good although I’m still not sold on the new Call of Duty. As for exclusives, God of War looked great and so did Spider-Man but nothing else stood out besides that we’re getting Knack 2…why…. I’m stoked for Shadow of the Colossus to come to PS4, however. Sony had a pretty good conference. (8/10)

Metroid Prime 4 enough said. Along with that we’re getting a “core RPG” Pokémon game, a new Kirby, and new Yoshi for the Switch with Metroid: Samus Returns on 3DS. We saw a lot more detail for Xenoblade Chronicles 2, Super Mario Odyssey, and Breath of the Wild DLC along with the announcement of Rocket League on Switch with cross-play between that console, Xbox One, and PC.

I think most will agree Nintendo had the best conference. It had the most interesting games and announcements shown off. Like I mentioned earlier, Metroid Prime 4 enough said. (9/10) 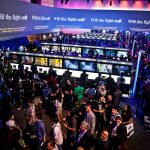 Ule LopezDecember 30, 2017
Read More
Spider-Man is Hopefully a Dream Come True
‘Final Fantasy XV’ Episode Prompto May Be the Most Emotional Yet