Can Pokemon Go Fest spark new interest in the game?

Can Pokemon Go Fest spark new interest in the game? 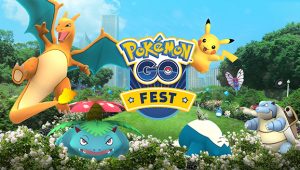 It seems like yesterday, Pokemon Go was released and everyone rushed out to “Catch em all.” The game by Niantic was released July of last year quickly becoming one of the hottest mobile games. People of all ages were heading out to take walks with friends and family. To hatch that 10km egg, or evolving that special Pokemon. Pokemon Go gave people a new motivation to get out and explore the world.

Though things began to change. People started taking advantage of the game. Using a location hack with their PC’s to cheat the game. Streamers on Twitch were proudly abusing the system. The game started becoming toxic and not as interesting as it was originally intended. People then started getting frustrated with the Gym systems. Winter hit. Now it seems like Pokemon Go’s popularity was dying off. I have to admit, I’ve even slowed down playing the game. Living in Michigan, the winters can get pretty rough, and there just isn’t enough motivation for me to get out in the snow to go find more Pokemon.

When first releasing Pokemon Go, Niantic released a trailer that showed many more features than what we currently have. Trading, Battles, and Legendary Pokemon. Seems quite a bit like the No Man’s Sky of mobile apps. Pretty disappointing.

But now, Niantic is trying to rope those players back into the game. Recently, they’ve revamped the gym battles, added gen two, added a new raid system, and they’ve announced the first Pokemon Go Fest. The first official collective event to be featured in Chicago’s, Grant Park. With the event promising to have things like an exclusive in-app medal, increased Pokemon encounters, new challenges and rewards, special pokestops, and team lounges. Could this be just what Niantic needs? The event is also rumored to have a possible collective encounter to catch one of the games legendary Pokemon. Could this be the event we finally get that big Mewtwo battle? 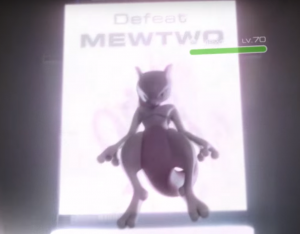 Will we see Mewtwo at Pokemon Go Fest?

The event is predicted to have 15,000 to 20,000 attendees. Tickets have sold out but are literally going for hundreds of dollars on resale sites. Thanks to the permit application, we have some insight of what the event could look like.  Each lounge is said to have multiple tvs, and feature their own gyms. With what looks to be an “Ultimate Gym” at the event’s main stage. The event will also have inflatable Pokemon and photo ops. Wi-fi hotspots will also be scattered throughout the event to help with constant internet access.

I’d love to see Pokemon Go make a comeback. I absolutely love the concept and how it forced people to get out and talk with each other. In a digital world, Pokemon Go gave new life to exploring the landmarks around you. It helped motivate people to go outside and walk. So hopefully, this is exactly what this game needs to bring users back. Pokemon Go Fest is scheduled for July 22nd in Grant Park, Chicago, IL. Do you want to see Pokemon Go make a comeback? Or would you rather it die off and we all move on? Pokemon Go is currently available on Ios and Android. You can also keep up with any updates with Niantic’s official website for the event http://pokemongo.nianticlabs.com/fest/