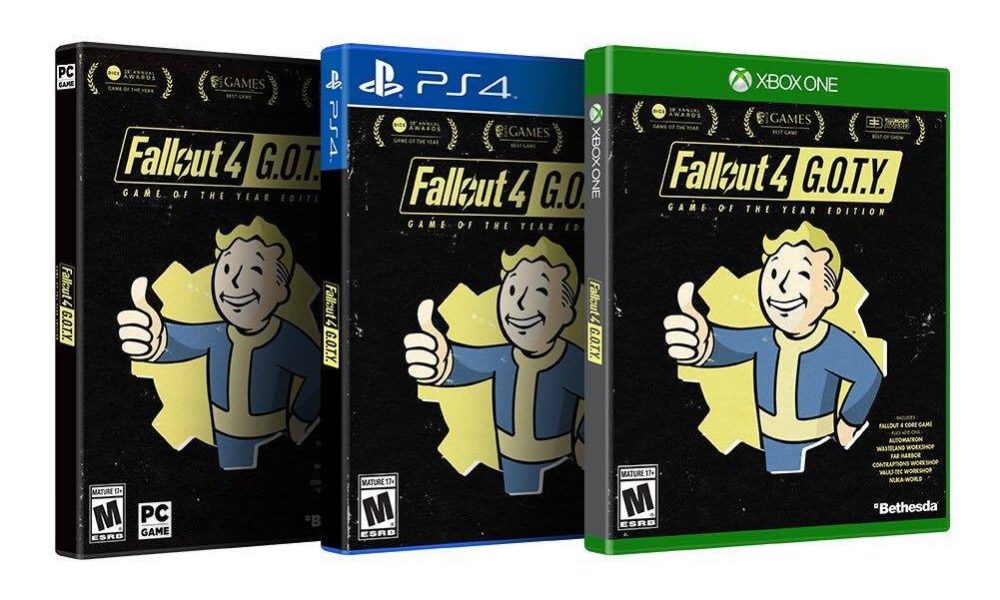 Earlier this morning, Bethesda took to Twitter to make some announcements regarding the future of Fallout 4. The first tweet read “There are still settlements that need your help. #Fallout4GOTY arrives on 9/26.” Included in the tweet was the featured image above and Preston Garvey reciting his famous settlements quote from the game.

Originally releasing back in 2015, Fallout 4 has many DLC add-ons that will all be included in this game of the year edition. That means this version of Fallout 4 will include the Automatron, Wasteland Workshop, Far Harbor, Contraptions Workshop, Vault-Tec Workshop, and Nuka-World expansions for the game. Not only that, but the game of the year edition will release completely up to date with updates and patches for Fallout 4.

Another tweet came later, this time from the Fallout twitter page, with another huge announcement for fans of the series. This tweet read “The Pip-Boys are back: #Fallout4GOTY’s CE is available in North America. We share order links as they go live.” Included in the tweet was an image of the game of the year edition case, a poster, a guide, and the Pip-Boy itself.

For those that don’t know, when the original Fallout 4 was releasing back in 2015, Bethesda also created physical, wearable Pip-Boys that went with certain pre-orders. Based heavily off its design in the new game, the Pip-Boy is compatible with a smart phone and a downloadable app that emulates using the device from the hit series. That being said, the Pip-Boys were a highly sought-after commodity for Fallout fans and they quickly sold out. Many had thought they would never get a chance to get a pristine one again, but here we are.

Fallout 4 Game of the Year Edition will release on September 26th, 2017 for $59.99. After referencing Steam and other online stores, this is a cheaper alternative (outside of sales) than buying the base game and its DLC separately by about $10. As for the Pip-Boy Edition

, it was original $119.99 but has now gone down in price to $99.99. That may still seem like a lot, but considering how popular it was the first time around, this is sure to sell out even more quickly.