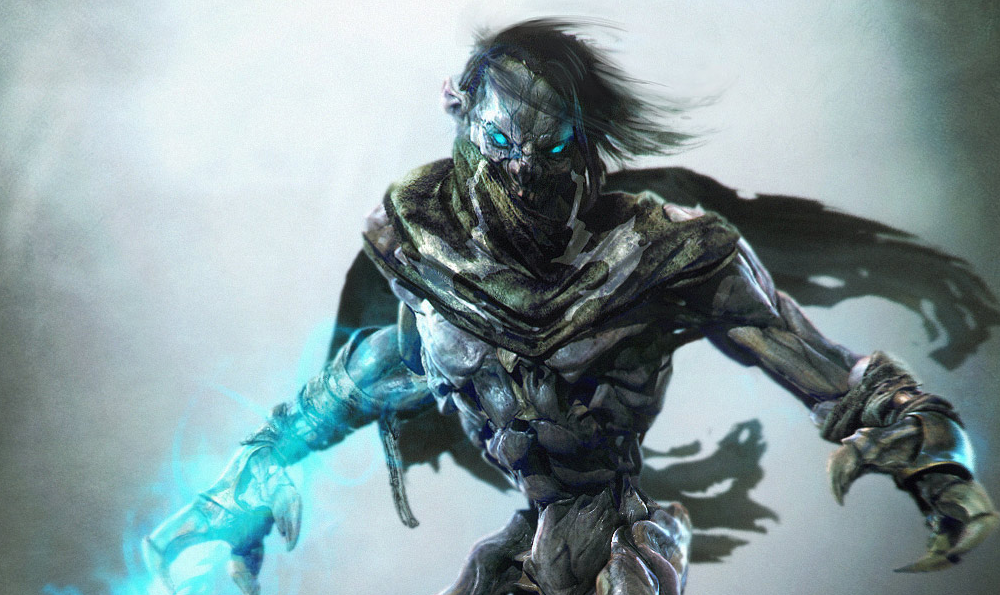 Never underestimate the power of a short and simple tease, because all a game developer has to do to get gamers hyped and speculating is post a simple tweet about a beloved game franchise.

Last week, Crystal Dynamics posted two images on its Twitter feed. These images are artwork of the main characters of the legendary Legacy of Kain franchise: Kain and Raziel. And yesterday, the company updated its Twitter page with the following:

"I am Raziel, first-born of His lieutenants. I stood with Kain and my brethren at the dawn of the empire." pic.twitter.com/bRTHhxIaAo

Yep, that’s Raziel again, but these three tweets raise an important question: what’s with all the Legacy of Kain tweets? Granted, the October 13th post is just a retweet of sorts of artist Joanna Wolska‘s amazing artwork, but what about the October 12th post? And the October 19th post? They are of official Legacy of Kain artwork, not fan art, and god knows there’s plenty of that to go around. But, that still doesn’t answer the question why Crystal Dynamics posted all these Legacy of Kain tweets. Well, the people who responded to the tweets (and the thread on NeoGAF) have come to the same conclusion: Legacy of Kain is making a comeback.

I have already talked about why Legacy of Kain deserves a remake/reboot in my Top 10 Games That Need to Be Rebooted article, as well as the actual attempt at a reboot/sequel that was Legacy of Kain: Dead Sun (the game was cancelled, but a YouTube video is available to show gamers what could have been). While the tweets don’t openly mention any official remake or reboot, most commentors have taken them as a sign that Crystal Dynamics wants to bring the franchise back for a new generation. However, nobody can quite agree on whether it should be a straight-up remaster with better graphics and no other changes (would a good way to hear Tony Jay’s dulcet tones again) or a remake with updated gameplay with combat similar to The Witcher 3 or NieR: Automata.

Only time will tell if the tweets are Crystal Dynamics’ way of stating it plans to remake/reboot the Legacy of Kain franchise or just the company celebrating the Halloween spirit with the best video game vampires ever made.

YouTuber in Pikachu Costume Tried to get Into the White House
Game Director: Development Costs of AAA Titles Have Increased