YouTuber in Pikachu Costume Tried to get Into the White House 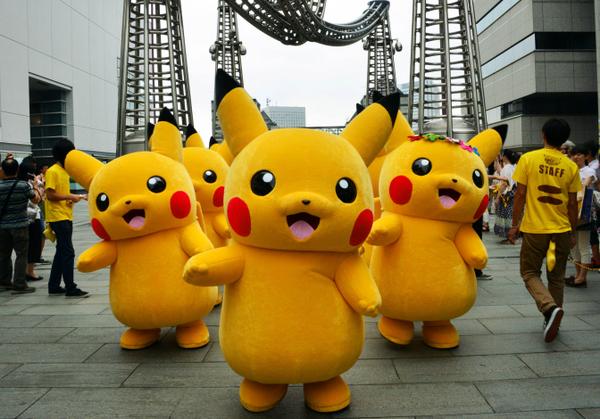 YouTuber in Pikachu Costume Tried to get Into the White House

Video Games have formed a great part of the current culture; it’s been a trending subject among many people. YouTube has also become a very popular choice despite the fact that content creators get treated badly by the staff. However, it seems like human stupidity will reach any length if “YouTuber Stardom” is in the cards.

Video Games have been used as an excuse to commit a lot of controversial acts. And in this occasion, a very dumb YouTuber has decided to test their limits in regards to trespassing. It seems like this guy thought he was above all consequences because he tried to illegally sneak into the White House.

Curtis Combs, a 36-year-old man from Kentucky slid into a Pikachu costume and tried to enter the White House. He did this by jumping over the fence located on the building’s surroundings. After the obviously illegal stunt, Mr. Combs was charged with unlawful entry, with trial on November 9.

Now, what does YouTube have to do with any of this? Well, here’s the nut-buster. According to the DC Superior Court documents provided by NBC, Combs told the Secret Service that he had planned to film his jump for YouTube fame.

That’s right, ladies and gentlemen. This person thought he would be above authority in a government building. This is a new precedent on how far aspiring YouTubers are trying to go for their 5 minutes of fame.

Look, I know I’m going to say this from a very unfavorable stand point. But what happened with gaining clicks and views based on talent? People like Night Mind have managed to gain success due to their inviting personalities and charisma.

Where’s the need for acting this way and do something so overwhelmingly stupid to appeal to the Internet? But, considering the fact that many other YouTubers do far tamer actions (Like Narrating.) and get punished for it, people have to gain clicks somehow.

Steam Will Reach 6,000 Games by this Holiday Season
Could Crystal Dynamic’s Twitter Posts Hint at a Legacy of Kain Remake?