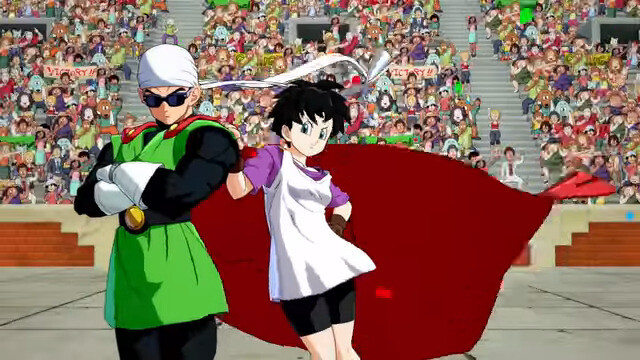 Throughout the year season pass owners were greeted with eight new characters joining the fray giving even more options to duke it out in online or offline matches. The likes of Bardock, Cooler and Android 17 made their appearance, but many characters are still left off the roster.

A recent announcement video from Bandai Namco looks to rectify this situation as the ‘FighterZ Pass 2’ — the second season of DLC fighters expected to release in periodic waves — has officially been unveiled. And along with the reveal came a brief look at two of the upcoming fighters, Jiren and Videl, as well as a quick tease of two other fighters joining later on, Broly and Super Saiyan Blue Gogeta.

With gameplay footage of Jiren and Videl, both characters look to add more depth to the fighting experience. Jiren is equipped with his broad muscles and all of his powerful trademark abilities. Videl brings a quick approach to the fight, as well as some extra help from the sidelines from none other than Great Saiyaman.

FighterZ already boasts an impressive roster of Z warriors with 32 fighters on the roster after last year’s first season of DLC characters. With six more being added with this years season 2 pass, the roster will be nearing 40 fighters. Though, a handful of those characters are just different forms of Goku or Vegeta.

With four of the six upcoming characters for the FighterZ Pass 2 revealed, only two remain leaving us curious as to who they might be. The first batch of characters are Videl and Jiren which will become available to season pass 2 owners on January 31, 2019. Stick around for more news on the popular anime fighting game, Dragon Ball FighterZ.