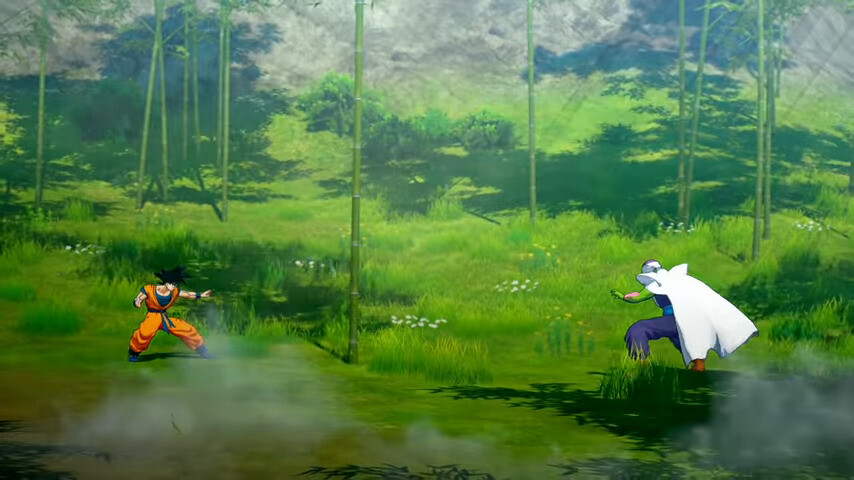 Fans of the Dragon Ball series, and those tired of the endless battles taking place within the plethora of fighting games produced for the series, will be pleased to know that Bandai Namco is taking the franchise to a brand-new genre. Recently unveiled is the trailer for the upcoming action RPG that will take players through the epic saga of Dragon Ball Z with a working title of Project Z.

The newly announced title came with a brief trailer showcasing a small taste of what we can expect from the upcoming adventure game. The trailer is made up of cinematic cut scene footage from the game with no actual gameplay footage shown. However, with the game set to release this year, you can bet the game is pretty far along with plenty to show off in the near future.

The developers behind the.Hack series and Naruto fighting games, CyberConnect2, are taking the reigns in bringing a true Dragon Ball Z flavored adventure.

Project Z will have players fill the shoes of the great Saiyan warrior, Goku, and his epic quest to protect Earth — and we can assume other planets, such as Namek — from alien villains searching for the coveted, wish-granting Dragon Balls. The game will take players through the same DBZ plot line we’ve grown to love, but with a deeper understanding of the spikey-haired, food gorging Z warrior’s personal story.

Project Z has no official release date but is slated to release in 2019 for the PS4, Xbox One and PC. Stay tuned for upcoming gameplay footage, the official name reveal and more from the working title.