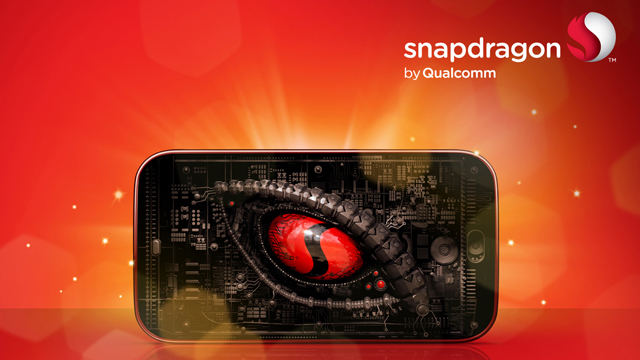 The Qualcomm Snadragon 820 processor could arrive as early as this year if a recently surfaced leak is anything to go by. Before anything else, make sure you take the standard dose of salt and place this in the rumor category for now. Now that you’re ready to proceed, the leak consists of what seems to be Qualcomm’s roadmap for 2015 and shows a number of still unannounced processors, including the aforementioned Qualcomm Snapdragon 820. The one who surfaced this alleged document is a rather unknown Chineses leaker who goes by the name of @leaksfly on Twitter. Unfortunately, there’s no way of confirming or dismissing this document just yet, nor do I have any knowledge of the leaker’s track record to say whether or not he can be considered reliable.

This particular document doesn’t mention a possible release date for the Qualcomm Snapdragon 820 or any of the other CPUs, but the good folks over at Android Authority are saying that other reports on this topic have claimed a late-2015 launch. As for the processor itself, it will reportedly feature eight cores with Adreno 530 GPU and support for 64-bit architecture, LPDDR4 RAM, and MDM9X55 LTE-Advance Cat.10 connectivity. That’s only the main attraction for 2015 though, as the leak also claims that Qualcomm has already planned five more processors, which will presumably also come out at some point during the year. Much like the Qualcomm Snapdragon 820, the Snapdragon 815 also seems intended for high-end devices and is very impressive in its own right.

The other four processors – named Snapdragon 616, 620, 625, and 629 – are likely developed for mid-range devices and they’re certainly nothing to sneeze at either. Interestingly, the Snapdragon 625 and 629 come with the exact same specifications for some reason. I have already asked the leaker for some clarification in regards to this and will update the article with additional details if I manage to learn something new. So, what do you guys think about all of this? Could the Qualcomm Snapdragon 820 be released this year? Make sure you check out Qualcomm’s alleged roadmap below and tell us what you think. 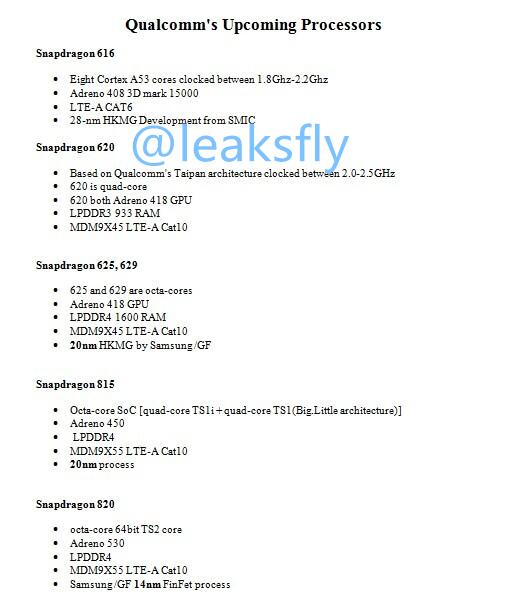 Project Ara details emerge, suggest that we’ll be able to build our own flagships
The Snapdragon 810 has ‘no quality problems’ says Qualcomm