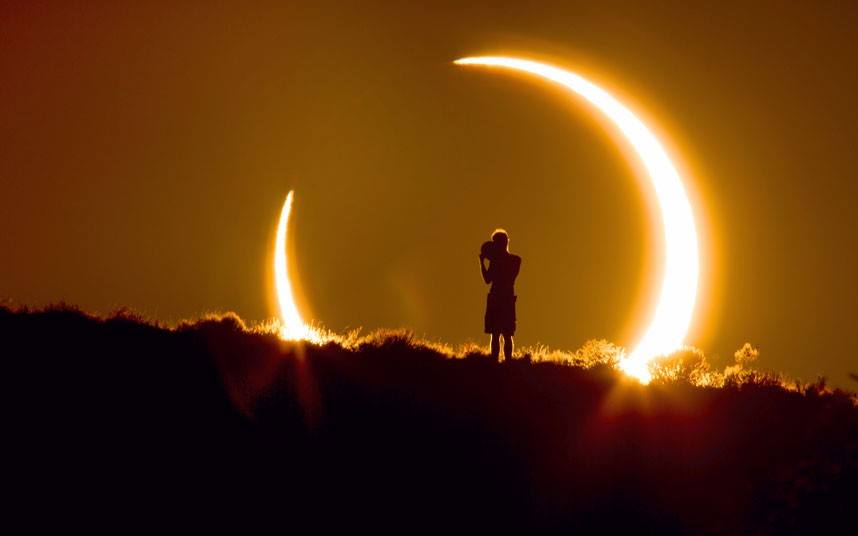 For people fascinated with astronomy, this Friday March 20th, 2015 there will be a solar eclipse. The phenomenon occurs when the Earth, moon and sun are aligned, while the moon covers the sun illustrating a unique shadow for the viewers. The greatest view of the eclipse can be seen from the Faroe Islands, Denmark, and Svalbard, in the Artic Ocean. Partial eclipse is visible in Europe, Northern parts of Africa and Asia.

The exact time of the eclipse varies according to each person’s location, and it is estimated to last 2 hours, Friday between 8 am and 10 am GMT. In Europe the sun will be covered up to 90%, while in Northern Africa and Asia it is estimated to be around 40%. To evaluate the starting point of the eclipse, the earliest it could begin depends on how far west or south the country is located. Although this could be an important factor for some, there is little possibility of missing the phenomenon within the two hour window.

It is recommended to not look directly into the sun, and it is recommended that if someone does to make sure to take breaks. The sun can be very damaging to the eyes and vision. The best way to watch the eclipse is with a telescope with solar filters, to get the best picture of the extraordinary occasion. You could also try some tinted, UV resistant sunglasses. One method of making these types of glasses at home would be to use a pair of old glasses with lenses made of glass, not plastic, and hold them atop an open flame until they turn pitch black.

For people who will not be able to view the solar eclipse live, no worries because there are more phenomena like this coming. In 2016 there will be another solar eclipse visible from the Pacific, from Sumatra and partially visible in Australia. While in 2017 there will be another one visible in the United States. Being part of such an interesting event is a unique experience and it reminds people of the beauty that surrounds the Earth. Make sure to take pictures and share your thoughts about the experience for people who did not get a chance to view it.