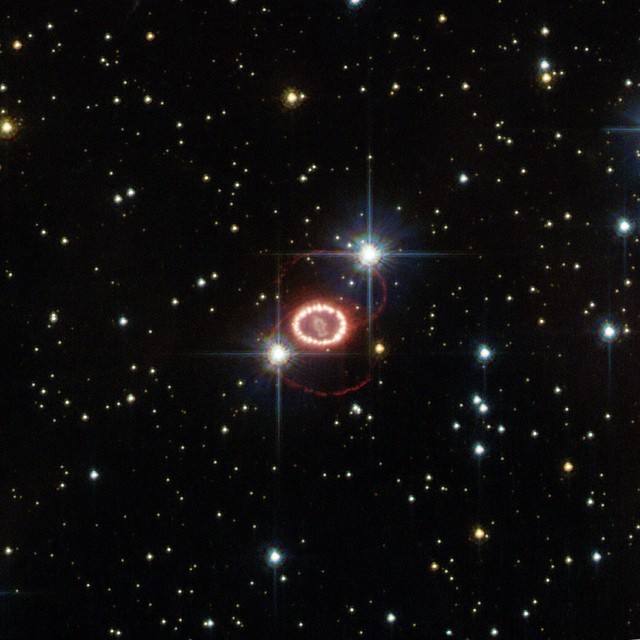 New data from NASA’s Nuclear Spectroscopic Telescope Array (NuSTAR) indicates that a massive star exploded in a lopsided way, the most convincing evidence yet put forward for this phenomenon.

Most stars aren’t massive enough to fuse heavier elements and eventually fizzle out into white dwarfs. Some, however, have a much more spectacular ultimate fate. The biggest stars in the Universe quickly go through the Periodic Table (in just about 10 million years) up until iron, at which point fusion stops, their core collapses under the effect of gravity, followed by the outer layers which crash into it and rebound with enormous energy, shooting out space and leaving behind an extremely dense stellar remnant (either a neutron star or a black hole). This is what’s called a Type II (or core collapse) supernova and is the final stage in the lifetime of stars which have at least eight times the mass of our Sun.

Stars are of course spherical objects, so you’d expect these explosions would scatter debris about equally in all directions. It seems, however, that the stellar core is extremely unstable just before going supernova, so it isn’t exactly in the center when that happens. This explains why the core blasts off in one direction, while the ejected material mostly goes the other way.

NuSTAR has found evidence of this by studying the remnant of the famous 1987A supernova. Observed by astronomers in 1987, it occurred relatively nearby, in the Large Magellanic Cloud, some 166,000 light-years away (well, nearby in astronomical terms at least). The probe’s instruments have picked up high-energy X-rays emitted by the radioactive isotope titanium-44, most of which were redshifted – a change in the wavelength which indicates something is moving away from the observer. Since titanium-44 is only produced by the supernova, it is clear that the ejecta from the event flying through space away from us. The stellar remnant, on the other hand, which in this case is a neutron star, is thought to have been sent hurdling in the opposite direction. Scientists have suspected Type II supernova explosions are lopsided, but this latest data from NuSTAR seems to finally confirm the hypothesis. 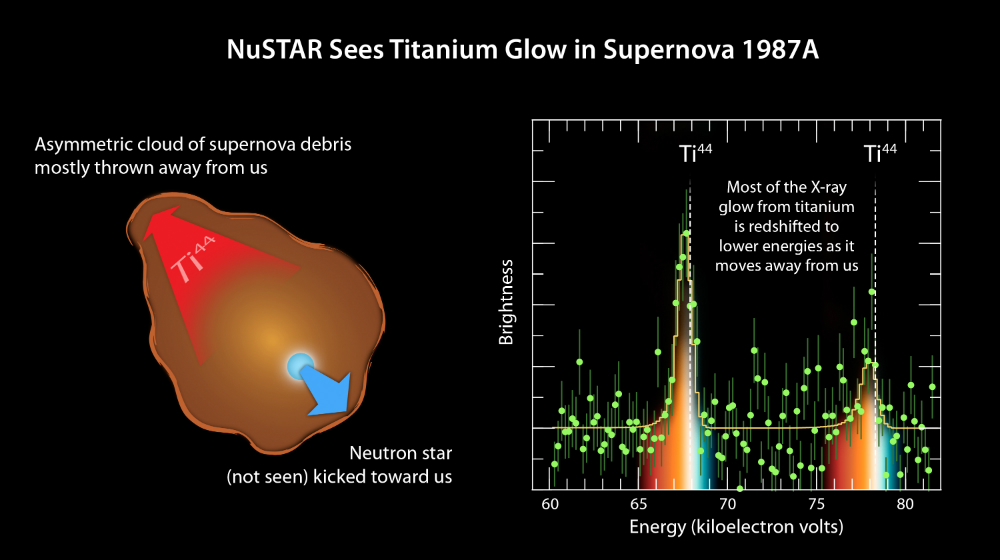 Diagram showing the redshifted glow of titanium-44, which indicates that the material ejected by the supernova is moving away from us. Image: NASA/JPL-Caltech/UC Berkeley