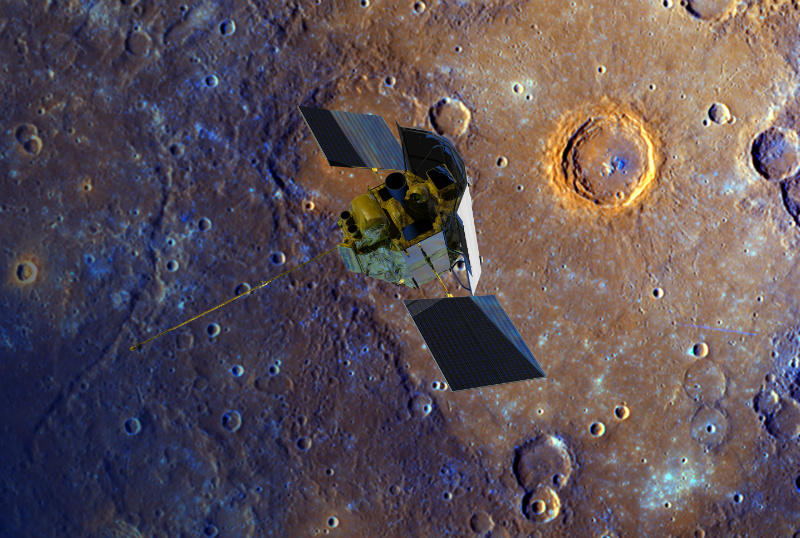 The MESSENGER spacecraft orbited Mercury for four years before colliding with a tiny planet a few days ago, collecting a wealth of new data which is still being analyzed. According to a study by scientists from the University of British Columbia which has been recently published in Science Express, these observations have revealed that the first planet from the Sun has a four billion year old magnetic field, almost as old as the planet itself.

Of the four rocky planets, which inhabit the inner Solar System, only the Earth and Mercury have magnetic fields. Mars is thought to have had such a feature at one point in its past, yet it disappeared about 3 billion years ago. The motion of molten iron in the outer core is what generates the field in the case of both of these planets. The fact that Mercury’s magnetic field is similar to the Earth’s, but much weaker, is no news to scientists, but these very recent measurements have allowed them to determine its age.

For most of its four year mission, MESSENGER usually orbited at altitudes of about 200 to 500 kilometers – however in the fall of 2014 and early 2015 it got as low as 15 kilometers from Mercury’s surface (that’s about 10 miles high). During this daring descent, the probe’s magnetometer collected information about the magnetism of rocks on Mercury’s surface, which helped the scientists determine the age of its magnetic field: at least 3.7 to 3.9 billion years old. The planet is thought to have formed at about the same time as the Earth, about 4.5 billion years ago.