Chocolate is pink and stripy according to synesthetes 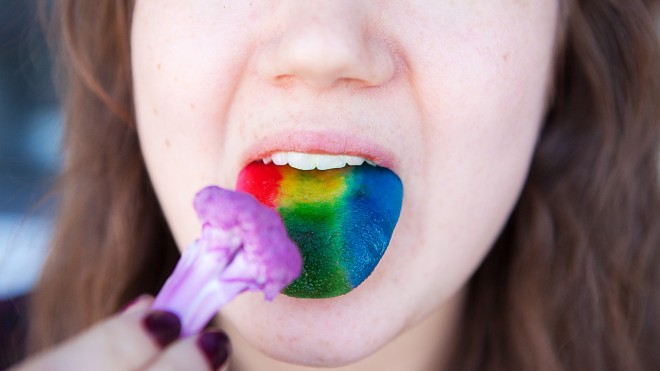 Chocolate is pink and stripy according to synesthetes

According to dictionaries, synesthesia is “the production of a sense impression relating to one sense or part of the body by stimulation of another sense or part of the body.” A small part of people are synesthetes and they mostly have the ability to see different smells or flavors. An Australian team of researchers tried to study how much perception and cognition can change the way a synesthete sees what he or she smells.

Researchers were able to gather six synesthetes that have a strong olfactory-visual experience and they were asked to identify some smells and thoroughly describe their visual experience. By comparing the images described and drawn by the participants, researchers found that each different smell evoked a similar image to each participant, even if they were able to identify the smell or not.

Another discovery was that the images vary on how much the synesthetes liked or disliked a smell. Images formed by pleasant smells tended to be more similar than odors that were considered pleasant by some participants and unpleasant to the rest. As an example, chocolate is pink and stripy according to the synesthetes that have participated in the study.

Studies author explained that “one possibility is that the odor name alone could evoke these complex visual images, but this does not seem to be the case with our synesthetes. They all reported that the experience occurred on smelling the odorant, not when talking about it. Although all of these synesthetes also have synesthesia related to language, they vary in whether all letters and words, letters alone, or only some words evoke synesthesia.”

All in all, the study seems to conclude that there is a link between synesthetes, as they can see almost the same images relating to smells or language. An even more fascinating fact is that chocolate is pink and stripy, probably because of its pleasant smell and taste that evokes a cute image of some sort.

Matt DavisNovember 10, 2015
Read More
Scroll for more
Tap
Are phones really linked with our lack of sleep?
Patients in vegetative state might regain some movement