Europa may be our best chance to find alien life 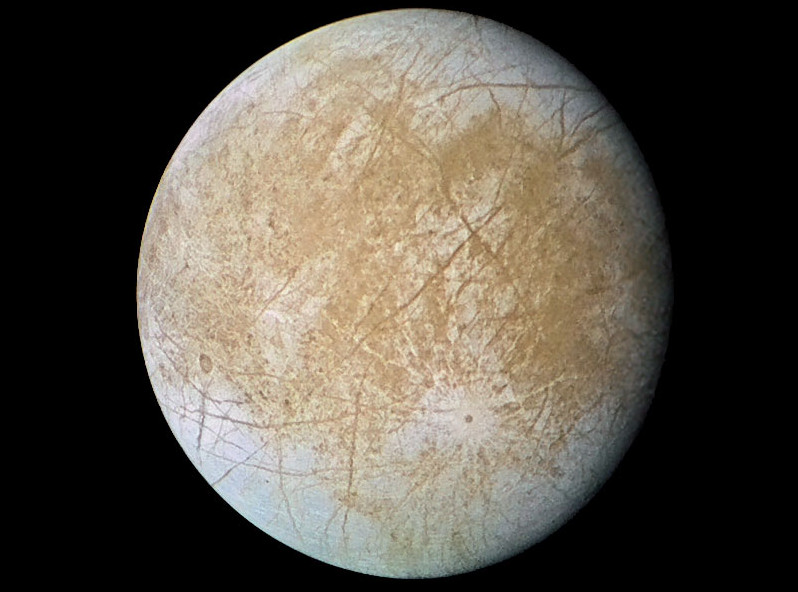 Europa may be our best chance to find alien life

Ever since we took out first stumbling steps into the stars, mankind has been fascinated with the question: who else is out there? Well, NASA wants to take a shot at answering that question. Orbiting around our friendly local gas giant, Jupiter, is the ice sheathed moon of Europa. Europa is slightly smaller than our own moon. Whereas our moon is pockmarked with craters, Europa is streaked with vast cracks. The ice sheet covering the planet is twisted and distorted, either a result of Jupiter’s brutal gravitational field or, more likely, the result of water moving beneath the ice shell.

The fact that Europa has liquid water beneath its surface makes it an excellent candidate in the search for alien life. In fact scientists estimate that Europa might have as much as twice the amount of liquid water as every ocean on Earth. This means that Europa has one of the key perquisites for sustaining life. The question then is, does it have the others?

This is the question that NASA is seeking to answer by preparing for two missions Jupiter’s icy moon. The missions will attempt to ascertain whether Europa has the other ingredients necessary to brew life, such as chemical energy for microbes.

The first mission is called Europa Clipper and seems set to launch in 2022. The second mission would require putting a lander on the moon in order to collect surface samples. Both missions are being discussed in the 48th Lunar and Planetary Science Conference in Texas. The Europa Clipper mission’s main purpose, as explained by Dr Robert Pappalardo, is to “understand the ocean and the ice shell, the composition and the geology.” in order to get a better idea of Europa’s potential for harboring life.

The interesting thing about the Europa clipper mission is that it will not be orbiting Europa directly. Instead, to help shield it from radiation it will orbit Jupiter and make around 45 close flybys over three-and-a-half years, giving it the scope to collect far more information over a longer period of time, which should give scientists a clearer picture of what is happening on the surface.

Europa clipper is only the first part of a two stage mission, the clipper will pin point the best landing for the Europa Lander who will go to the surface to collect the best samples possible. These samples will then be Analyzed for any indication of extra-terrestrial life

The hope is that it the missions will provide evidence that Europa harbors life somewhere in its frigid depths. Finally confirming that we are not alone in the universe.