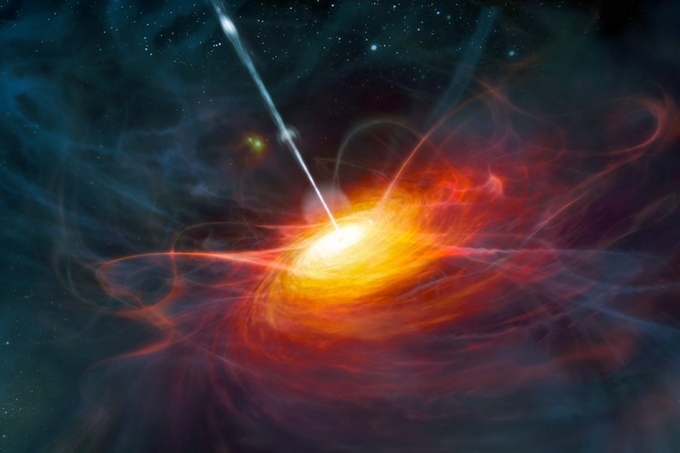 The black hole is the single most frightening thing in the universe for human beings. The destruction that a black hole can cause is unimaginable, which is why scientists are constantly scouring the universe to find black holes and determine whether they are a danger to us and our galaxy. Luckily, we’re not in danger right now, but scientists have discovered yet another peculiar black hole that furthers the knowledge that we have about the dimensions of these phenomena.

Until recently, black holes were classified into two distinct categories, based on their size: supermassive black holes and stellar mass black holes, the former being the largest type of black hole that we know of. Now, scientists have begun finding black holes that don’t fit in either of these categories, rather right in between. The most recent discovery of the week is the NGC1313X-1 black hole, which NASA intends to explore next year.

Scientists from the University of Maryland teamed up with NASA Goddard astronomers to find the thirteenth black hole NGC1313X-1, with only 12 other similar ones found in history. With the discovery, they proved once again that we know very little about our universe and we can’t even fathom what the depths of it hold. The black hole that they found is 5000 times the mass of the sun, which is  threatening number to our feeble minds, but rest assured that we’re not even close to it.

NGC1313X-1 is an ultraluminous source of X-rays, which means getting close to it would be terrifying to humans as that amount of radiation is beyond lethal. Nonetheless, NASA is planning on exploring the black hole with the expedition set to start sometime in 2016. The space agency will be sending an X-ray telescope to the site of the black hole next year and plan to collect data to try and determine the specifics of the hole. Apparently, it is still in its growing stages, so to speak, as it is still collecting mass and energy. Some say NGC1313X-1 will go on to become a supermassive black hole in a few thousand years and scientists want to study the process as it would hold secrets to the migration and behavior of mass and dark mass around the black hole.

The NASA expedition to the black hole will most likely teach scientists more about the environment around such a phenomena and they will most likely learn about its “evolutionary” stages, as well as the materials that linger around the hole and the impact that it has on the time-space continuum. Specifics about the mission and an exact start date have not yet been discussed, but NASA is on track with the telescope so we should be hearing more about expedition plans in the following few weeks.