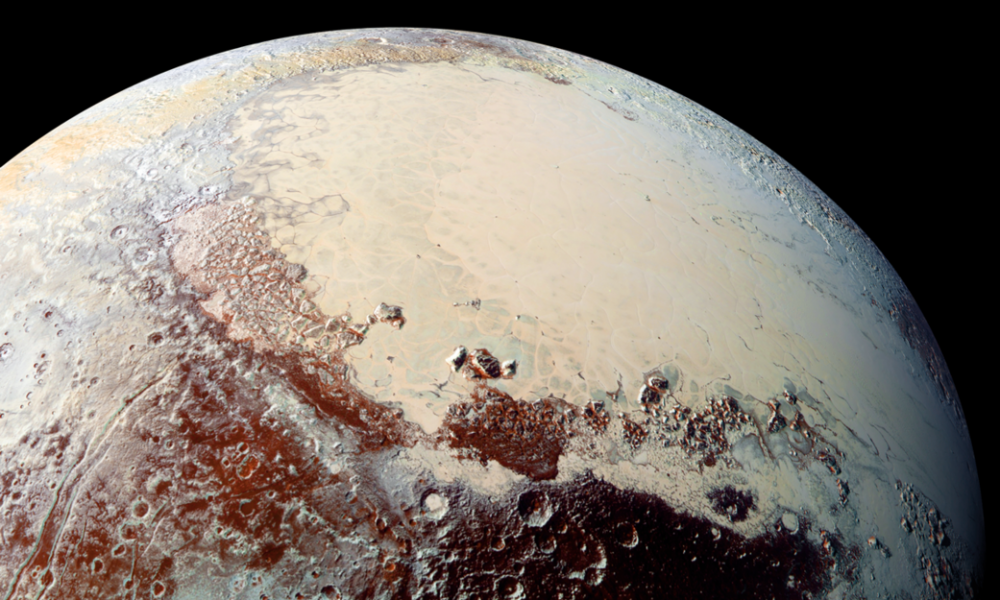 Well, it looks like Jerry might have been right all along. Astronomer and new found hero to Pluto fans everywhere, Dr. Will Grundy, is making the case to redefine what we mean when we say “planet”. This would have the happy the coincidence of once again handing Pluto the coveted title of Planet.

Ever since we first realized that there places other than the Earth in our solar system the word planet meant “wanderer”. This applied to pretty much everything in our solar system, including the moon and the sun. Over time, the moon and the sun were dropped from this definition but most other large objects in remained. This all changed in 2006, when the International Astronomical Union voted to redefine the word planet. Their new definition was as follows.

“A planet is defined as a celestial body that (a) is in orbit around the sun, (b) has sufficient mass for its self-gravity to overcome rigid body forces so that it assumes a hydrostatic equilibrium (nearly round) shape, and (c) has cleared the neighborhood around its orbit.”

Translated into plain English, this means that a planet is any round object, orbiting the sun that is large enough to have an influence on other objects in its orbit. Unfortunately for Pluto, it failed to meet that last criterion and so was demoted to a lowly Dwarf Planet. The public reaction was negative, to say the least. There were even a number of astronomers who questioned the decision, believing it to be too ambiguous. There are also arguments that under this definition, technically Mars, Earth and a whole host of other planets would not qualify as their orbits are constantly criss-crossed by asteroids and other space debris.

Grundy and his colleagues laid out their arguments against the old definition during the Lunar and Planetary Science Conference in The Woodlands, Texas. They proposed their own definition, one remarkably similar to the “wanderers”of old. By Grundy’s definition, any round object in space that is smaller than a star is a planet. This would reclassify Pluto and approximately 110 other objects in our solar system as planets. Yes, that is rather a lot of new planets.

Why bother changing the definition at all? Well, apart from pleasing some Pluto fanatics, the move could also help shift the focus onto features of planets themselves. Scientists could pay more attention to the geography, physics and atmosphere and less on what is happening around an object.

Grundy and his colleagues arguing the redefinition are all members of NASA’s New Horizon project whose primary goal was to explore Pluto and the other planets ice wreathed worlds that reside within the Kuiper belt.

Looking at the images captured by the New Horizons project one thing is for certain. Planet or not, Pluto is absolutely breathtaking.

Saul BowdenApril 13, 2017
Read More
NASA Shoots The Best Photo Of Jupiter Yet
8 Astronomical Events to Keep Up With This April 2017