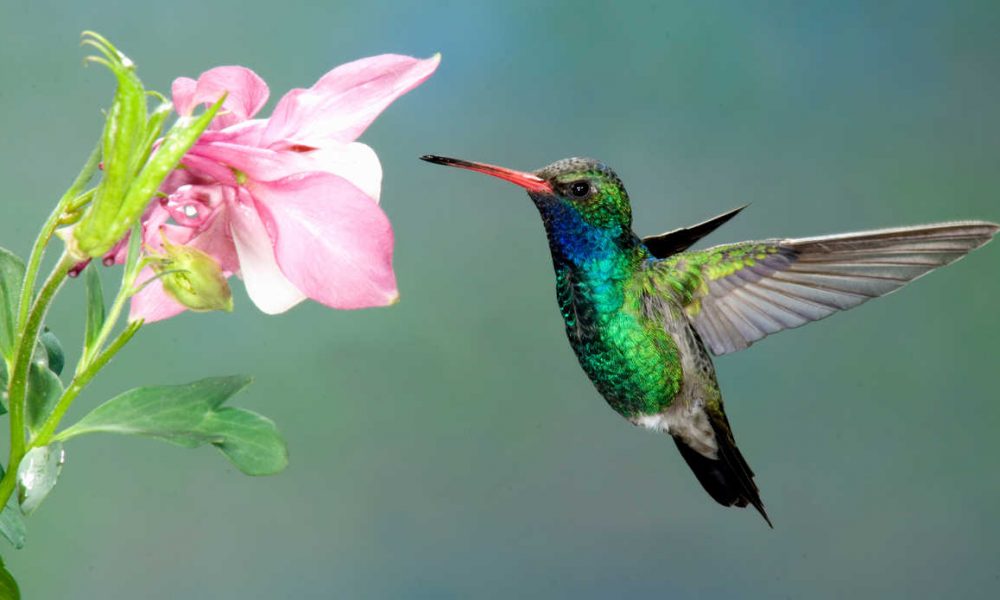 Earlier this month, I wrote an article on a toy line of scientifically accurate Velociraptor action figures with plumage inspired by modern birds. I mused how impressive it would be if prehistoric raptors had been covered by feather patterns not unlike those in the toy line. Little did I know that two weeks later, researchers would reveal that some theropods had iridescent feathers that outshine David Silva’s velocifigures.

The Caihong juji, Mandarin for “rainbow with a big crest” (or just Caihong for short), was a “paravian theropod,” a clade commonly known for its winged forelimbs (even though many weren’t capable of flight) and enlarged sickle foot claws. In 2014, a farmer in the Qinlong County in the Hebei Province of Northeastern China gave a nearly complete Caihong fossil, feathers included, to The Paleontological Museum of Liaoning. Finding a complete skeleton is rare in paleontology and proved very helpful to the researchers. However, you might wonder just how scientists were able to determine the iridescent nature of the Caihong’s plumage. Two words: fossilized melanosomes. 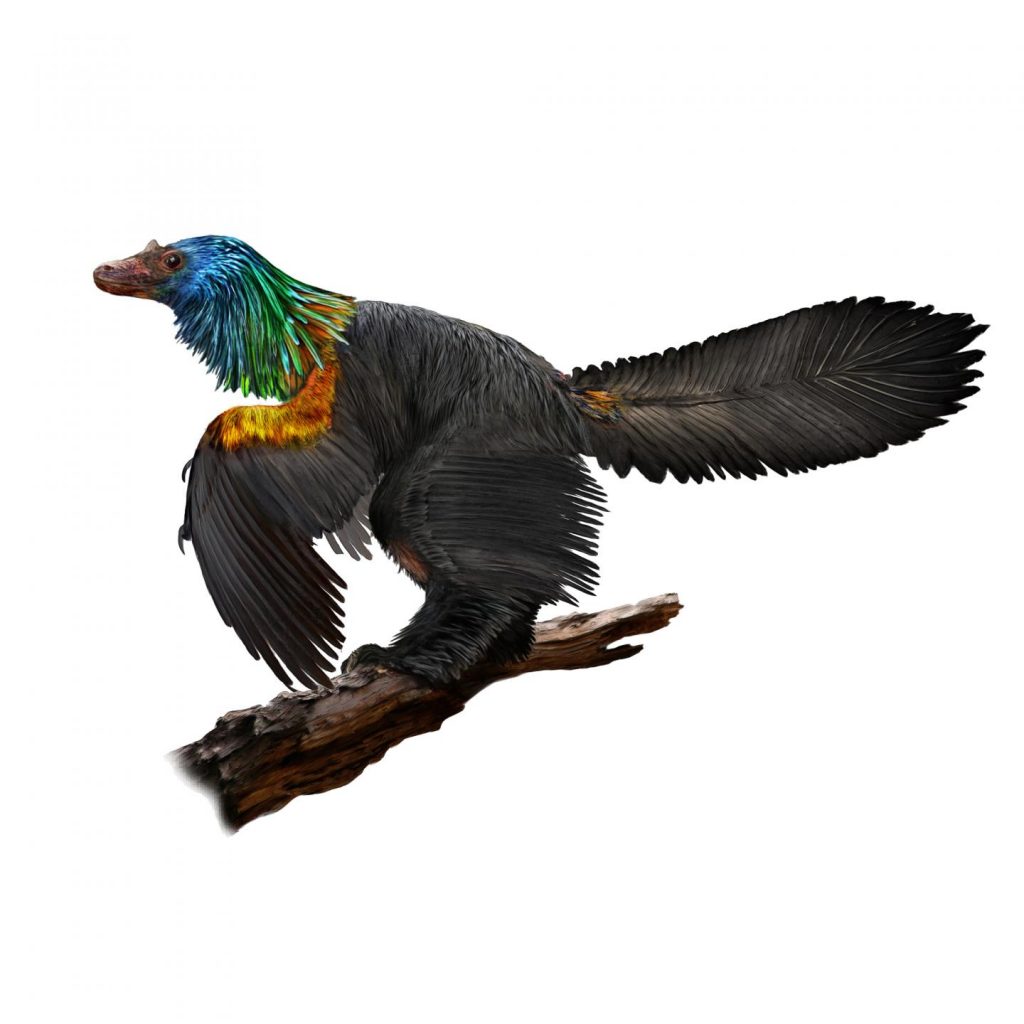 Melanosomes are organelles that create, store, and transport melanin, which determines the pigments/colors of animal hair, fur, skin, scales, and feathers. Upon examining the Caihong’s head, crest, and tail feathers with an electron microscope, scientists discovered platelet-shaped structures similar in shape to the melanosomes that give hummingbirds their iridescent coloring. The rest of the body feathers had melanosome structures similar to those in the grey and black feathers of penguins, which would have made for an odd sight: a duck-sized dinosaur with body feathers as drab as a raven’s and head and neck feathers more colorful than a peacock’s.

The inferred feather coloration of the Caihong is not its only unusual feature, though. The dinosaur had longer arm and leg feathers than its relatives, and its tail feathers created a “tail surface area” that was larger than the famous proto-bird the Archaeopteryx.  Furthermore, the Caihong had bony crests, which while common among most dinosaurs, are almost unheard of among paravian theropods. But, more importantly, it had proportionally long forearms, which is a feature of flight-capable theropods, even though scientists believe the Caihong didn’t fly. While this dinosaur apparently has the earliest examples of proportionally long forearms in the theropod fossil records, it still falls in line with the belief that the evolution of flight-capable feathers outpaced the evolution of flight-capable skeletons. The melanosomes, however, are the more intriguing discovery, since they are the earliest examples of “organized platlet-shaped nanostructures…in dinosaurian feathers.”

While paleontologists are confident the Caihong’s platelet structures are melanosomes, the researchers understand that their discovery is based partially on inference and could potentially be incorrect. If the structures aren’t melanosomes, well, that invalidates this entire article. But that’s what paleontology is all about: examining the evidence, creating inferences supported by that evidence, and changing those inferences when new information becomes available. Still, the concept of dinosaurs with iridescent feathers is pretty cool. If you want to learn more about the Caihong juji, you can read the original article on Nature.