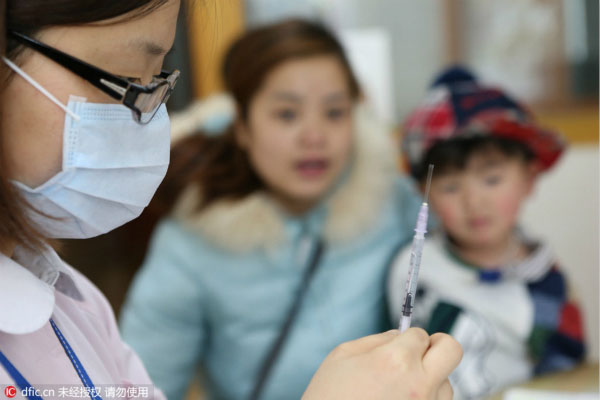 Fear and Anger have spread in wake of the latest Chinese Vaccine Scandal. It appears that almost $90 million of improperly stored and potentially fatal vaccines have been distributed across 2/3rds of the massive country over the last five years. This is the latest in a series of public health scandals that are sure to undermine confidence in the ruling Chinese Communist Party and its ability to protect public health.

In March Chinese State Media reported that a hospital pharmacist and her daughter had been arrested on suspicion of selling the tainted vaccines. Neither of the individuals at the center of the scandal were authorized to sell vaccines. They also released a list of 107 suspects who they believed had supplied the pair. The pharmacist, Pang Hongwei, was convicted for a similar offense back in 2009 and yet received a suspended sentence and was able to recommence her “business”.

The primary cause of China’s vaccine debacle appears to be  the poor regulation of low tier vaccines. In China vaccines are split into two categories; High tier vaccines are mandatory under law and free of charge, low tier vaccines are optional and must be paid for by the patient. The majority of vaccines involved in this scandal are of the low tier category and were being sold at reduced prices. Pang Hongwei, bought cheap vaccines close to their expiry dates and sold them in 23 provinces and cities. This poor oversight allowed Ms. Pang’s business to grow in the shadows, with many local government clinics seeking to increase their profits by turning to cheap, illegal suppliers.

It seems unlikely that the vaccines themselves will have caused any direct fatalities although they are likely to have been ineffective. The real cost of this scandal will be measured in the loss of faith in China’s immunization program. The Anti-Vaccination movements in the west have already demonstrated that even blatant disinformation can severely undermine public confidence and lead to the resurgence of supposedly dead diseases as children remain vaccinated

Thanks to this most recent vaccine Scandal the Chinese people have a very real reason to be wary of the governments immunization program. There have always been concerns about fake products in China and social media has revealed the depth of anxiety people feel. This is not the first vaccine scare that China has faced. In 2013 there were unfounded reports of deaths caused by a hepatitis B vaccine. This led to a 30% drop in vaccinations for that vaccine and a 15% drop in the take up of the mandatory vaccines.

The most alarming part of this whole sorry affair is the fact that the Chinese government knew for almost a year that the tainted vaccines were on the market before informing the public. If we are being very generous then this was a misguided attempt to prevent mistrust in the immunization program from spreading. More likely, the governments’ dislike of public criticism led it to withhold information in a cynical attempt to maintain the image of control.

Whatever their motivation, the authorities haphazard response to the vaccine scandal will further undermine trust in the Chinese health care system.