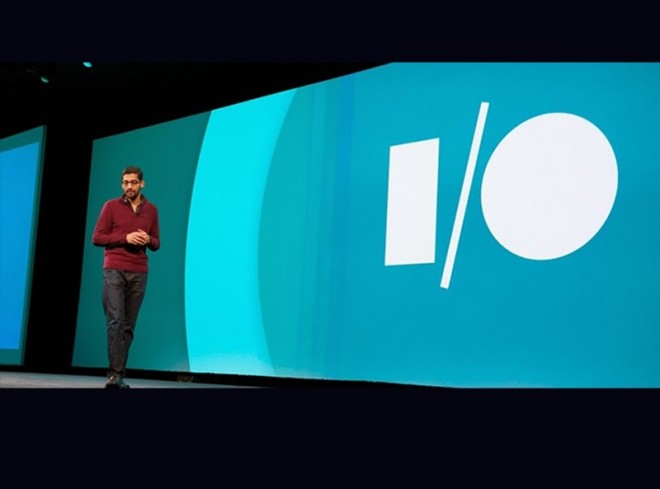 Google I/O is starting today and everybody couldn’t be more excited. There are hundreds of rumors out there about what will be revealed at the developer conference, but most interesting of them all is Android M aka Android 6.0 aka Android Macadamia, Marshmallow, Muffin. Whether such an announcement will happen or not is unclear, but we’re rooting for at least some exclusive information to be shared during the Google I/O conference. If you can’t make it to San Francisco, but would like to tune in to two days of awesomeness, you can watch the entire thing online.

Luckily, you wont’ have to install Safari, Chrome or anything in order to watch the Google I/O live streams. All you need to do is go to the official website’s schedule and tune in to the events. From there, you will be able to watch all the events that will be live streamed, including the Keynote featuring Sundar Pichai. During this keynote, our sources say Pichai will be at least mentioning a few features to be introduced to Android M, so it’s definitely worth watching. The entire Google I/O event is set to kick off in a matter of hours, so get your schedule down.

After the Google I/O Keynote, the Google Cloud Messaging 3.0 presentation is going to be live streamed, and we suggest you tune into that so that you can learn about how cloud messaging works, what it holds for the future and how Google plans to integrate it with Android M, Chrome OS and more. The last live stream of Google I/O Day 1 will be What’s new in Android, and that’s what we’re most interested in. During the Android announcement, we should find out details about the new installment in Android and the new permissions that users will be able to sort through grannular permissions.

Day 2 of Google I/O focuses on industry more than it does on Android, but there still are seminars that you should tune into. The first live stream of Google I/O day 2 will be about smarter monetization with AdMob and Analytics hosted by Jonathan Alferness, while the second will detail new Android developer tools. You can tune into the live streams right here, and be sure to jot down info if you’re a developer, because there will be a lot of goodies in there.

Day 2 will also give you the opportunity to watch the next generation mobile web seminar curated by Alex Komoroske and Elisabeth Morant, both product managers at Chrome. Next up, game developers will want to listen is as Nathan Camarillo, Duncan Curtis, Noah Falstein and Benjamin Frenkel talk about how developers can grow games with Google. Or you can choose to listen to the making apps context aware seminar or the Material Now seminar.

Later on, developers will be introduced to polymer and web APIS, App Indexing, AdWords and how to use them in a smart way as well as the relationship between tech and humans. Too bad these three are at the same time. In moments like these, I long for a time machine. Next up is one of the most interesting conversations at Google I/O: Project Tango. Google has been working on mobile 3D tracking and perception for quite some time now, and Project Tango’s new devices are set to be revealed during this seminar.

Day 2 of Google I/O is filled with seminars, and it’s hard to choose which one to watch live. If you’re interested in developing with Google on iOS, the seminar on that will be one of the last ones at the event. At the same time, you can choose to watch Engineering for the Stratosphere or Democratizing Education. Before these three, you can tune into Android Wear or Data Transparency on Android, if that’s what interests you.

There will also be virtual reality design talks, Firebase introductions, Moonshots and their contact with the real world, Google Play and how developers can integrate, smart home product development and accessibility improvements in Android apps. No matter which seminar you choose, you can be sure to expect a learning experience. You will most likely be among the first people to learn about new tools and apps that Google is working on, new devices that will influence the way in which virtual reality impacts our daily life and much much more.

We strongly recommend everyone tune into the Google I/O live streams, if they can. But if you’re at work, busy or can’t access the live streams for whatever reason. we will be here reporting on the highlights of Google I/O, Android M. Android Wear, Project Tango and whatever else we feel that you guys would be interested in. Those of you who won’t be watching the Google I/O live streams, tell us in the comments below which events would interest you and we’ll cover them. Let the learning begin!