Nexus 5 reboot rumor round up 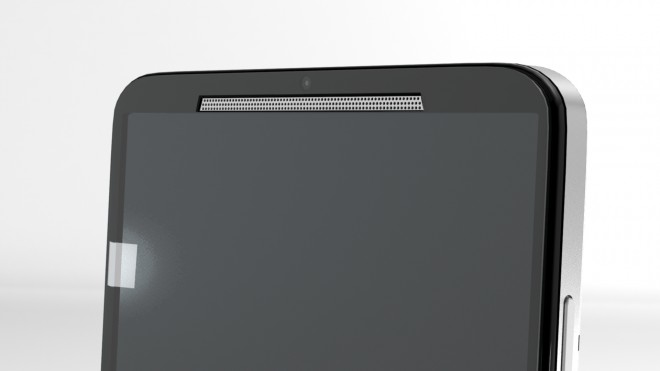 Nexus 5 reboot rumor round up

The new Nexus 5 is coming, and while we have little confirmed information about the device, there are a ton of rumors about its manufacturer, features and specs out there. With this occasion, we’re going to try and present the rumors about the new Nexus 5 2015 so that we can at least have an idea of what to expect this year from Google and co. The Nexus 5 2015 release date is set for September at the IFA conference, so we’re definitely going to get more insight into the topic over the next few weeks. Although there’s no confirmation about the manufacturer of the Nexus 5 2015, most people are thinking “LG” and most likely, they’re right.

The Nexus 5 was enormously successful, and although discontinued, is still one of the favorite flagships of Android enthusiasts all over the world. The stock Android user interface as well as its exemplary performance and price have made the Nexus 5 a crowd favorite. With that in mind, it seems logical that Google and LG would collaborate on the new Nexus 5 2015 yet again. Although Huawei is also in the Nexus 5 rumor mill, the Chinese company will most likely make either the Nexus tablet for 2015 or another, bigger Nexus 5. It remains to be seen, as neither of the companies mentioned has spoken about the project.

Google is aiming to keep the new Nexus 5 2015 more affordable than it did with the Nexus 6, which turned out to be less popular because of its huge 6 inch display and its rather high price tag. Going back to roots, the new Nexus 5 2015 will most likely be cheaper and more feature-filled, with a few compromises on design. Users of the previous edition have expressed that they would be willing to settle for an uninteresting design if the Nexus 5 2015 price would be affordable, and we’re betting that Google is going to listen to them. After all, the Nexus 6 isn’t that much of a success. Seeing as new Apple flagships are also on their way and the high price of the Galaxy S6 demonstrated what one would call flagship fatigue and fear, marketing the Nexus 5 2015 as an affordable alternative would be the best course of action.

Although there will most likely be two variants of the new Nexus launched this year, we’ll focus on the Nexus 5 2015. Fact of the matter is, we don’t even know what it will be called. Its codename is going to be either Angler or bullhead, keeping the ocean theme alive, but the real name of the device is still unknown. People are confident about the Nexus 5 name because leaks about Google’s intentions with the next big things have pointed towards this scenario. For all we know, it could be called simply Nexus, or Nexus X or Nexus [number]. Until Google actually confirms something about the new line-up of stock Android devices, we’re going to go with the Nexus 5 2015 name, for continuity-s sake.

Speaking of stock Android, there are rumors about that not being a feature in the Nexus 5 2015. Some people are saying that Google is going to let carriers sell the new Nexus 5 and use their own skins for the device. This can be good and bad at the same time. While those who don’t have the cash to buy an unlocked phone will have the opportunity to buy it on contract, those who want the Nexus phone for its stock Android OS will be deeply disappointed. Nonetheless, our guess would be that the Nexus 5 2015 is going to be kept independent from skinning and bloatware, and we hope we’re right about this.

When it comes to specs and features, we need to factor in affordability before analyzing existing rumors. If the new Nexus 5 2015 price will be under $500, the design of the handset will most likely be a compromise. Although metal is the new trend among smartphone enthusiasts, engineering the Nexus 5 2015 out of plastic and making it more affordable would be an acceptable compromise in many fans’ minds. A plastic design with a metal frame would be enough to gather attention from those who want premium design as well. An all-metal Nexus 5 2015 doesn’t seem to be likely, but the Huawei variant might be something of the sort. Huawei tends to make more affordable devices with premium design, so that’s where I think people who love metal should look.

Performance was the best feature of the last Nexus, and the new Nexus 5 2015 will most likely strive to be exemplary from this point of view. As such, a Snapdragon 810 CPU and 4 GB RAM will most likely be included in the handset, as will upgraded graphics and a fingerprint sensor. The camera experience with the predecessor wasn’t perfect, so that department needs improvement too. Apparently, Google and LG are looking at 16 MP Toshiba sensors (maybe because of the Project Ara collab) to pack into the rear of the Nexus 5 2015, with added optical image stabilization. The front camera will measure 5 MP and will feature a very wide-angle lens for group selfies, which have become very popular over the past few months.

Google Wallet is going to be an incremental part of the Nexus 5 2015, which is why a fingerprint sensor is most likely going to make an appearance on the new phone. USB Type C is the rumored port that we’ll be able to use, although some say Google won’t include the upgraded connectivity so that it doesn’t get beef for copying Apple (even if it’s not copying, technically). Moreover, the speakers of the Nexus 5 2015 will be vastly improved, the handset featuring new Dolby or exclusive Harmon Kardon dual speakers on the front. That would be a great addition to the new phone and it would make it even more popular, as speakers on mainstream flagships smartphones so far haven’t been impressive (that’s not including HTC’s phones in the mix).

The new Nexus 5 2015 will also have a bigger battery, that is said to be around 3800 mAh, which will be needed to power the larger, 5.2 inch QHD display of the phone. There are speculations about the display keeping the 1080*1920 resolution, but our sources tell us that we should expect higher than that. If QHD will be the driving force of the user experience, the proposed sub-$500 price might not be realistic at this moment, unless Google finds a way to compromise even more on the new phone.

There won’t be an SD card slot or a removable battery/back panel, even though people are saying those are the most important features of the smartphone. Fact of the matter is, SD cards can effect performance quite heavily, which is why Google doesn’t really care for this sort of feature. Companies are wary of using removable batteries in their smartphones, because that would mean less sales. Why? Because after a year or two, batteries in smartphones usually konk out and if they’re not replaceable, most people will upgrade their phones instead. With removable batteries, a phone can last for several years and thus decrease sales for various companies. I personally prefer removable batteries, because I don’t feel the need to upgrade my smartphone each year or every two years. I don’t see the point in that, but that’s just my two cents. Some people enjoy always having new tech to play with, and there’s a lot of pleasure in that, to be truthful. But that pleasure doesn’t transfer to your pockets, that’s for sure.

These are the current and most recent Nexus 5 rumors that we’ve managed to gather, and while there is a lot of speculation and talk about specs and features, this setup seems like the most sensible one. Performance should be top-notch, and that’s what Nexus users want. If this setup manages to keep the price affordable and the design sensibly low-cost, Google and LG might have a winner and gain back the crowds they lost with the Nexus 6 last year. Remember to take these rumors with a grain of salt, and wait for the companies involved to actually confirm anything before drawing any conclusions. I would personally love this setup, but others might want more from a 2015 flagship.