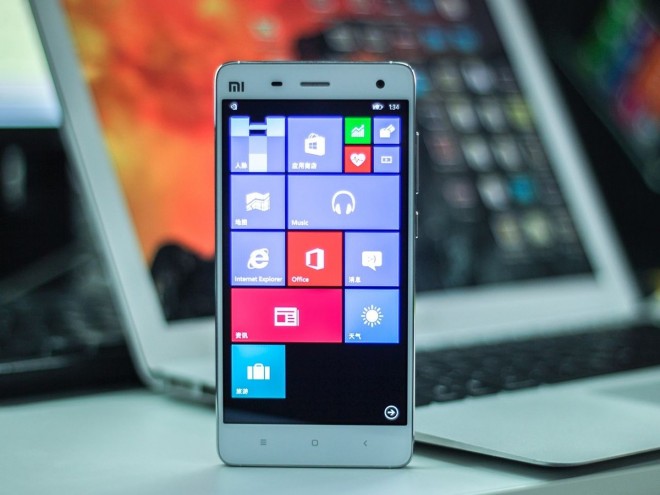 Microsoft and Xiaomi have announced their partnership in March, and while it does not involve full Windows smartphones, it does involve a Windows 10 ROM specifically designed for the Xiaomi Mi4. That Windows 10 ROM has been announced today and it will become available for Xiaomi Mi4 users starting June 1, Children’s Day. Although a Windows 10 ROM might not be the perfect gift for Children’s Day, it’s a rather appealing gift for adults that still feel their youth. Or something similar in any case.

The Windows 10 ROM for the Xiaomi Mi4 is not a full Windows operating system, but it looks like a pretty neat ROM that Microsoft and Xiaomi must have worked their butts off on. The ROM will only be available to those who have signed up as testers, but you can still complete the sign-up process on the official website. It’s in Chinese, so you will need some translating help if you don’t speak the language.

Nonetheless, a Windows 10 hands-on video is now live with the Xiaomi Mi4 and you can check that out by navigating to the Youku website. The video shows the new Windows 10 ROM in its full version and it looks rather nice. You’ve got active tiles and a lot of features to work with. If you’re not familiar with Windows Phones, you might even mistake the ROM for a full OS version. It’s not touch, but it does look like one.

The Windows 10 ROM project for the Xiaomi Mi4 is exemplary and we’ve heard rumors about Microsoft making a similar ROM available for Android users in the future. We’re looking forward to the official launch of Windows 10 and by the time the mobile version goes live, we do expect diligent developers to get their hands on the ROM and tweak it so that other Android users can make use of it. Until the, the Windows 10 ROM hands-on video is all that we can admire- and wonder if we understood at least a bit.

The official Windows 10 release date has not been pinned down yet, but Microsoft believes that by the time we start school in September, people will be able to use the new OS on their mobile devices and laptops as well. We’re excited to see the new operating system and we will be following up with images from the latest technical preview of the OS, launched yesterday.