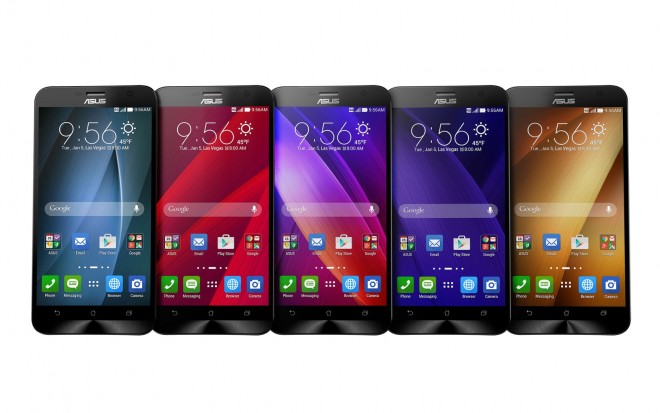 Nowadays, a smartphone has become a necessity, but while looking for better performance, design or the latest operating systems, their prices get higher. One of the most popular operating systems at the moment is Android which a lot of companies implement on their smartphones. Fortunately, there are companies that create decent, well performing Android smartphones that sometimes compete with more popular smartphones, at a decent price. Here are the top 5 cheapest Android smartphones, that have great features and are between $100-$300 price ranges:

In April this year Huawei has launched a decent and affordable smartphone, the 5″ 720p HD display SnapTo. This device has pretty much everything his competitors have released in phones of similar level. Huawei SnapTo works on a quad-core 64-bit based Qualcomm Snapdragon 400 chipset running with 1.2GHz and having 1GB RAM. Although it is said it competes with the Motorola G series, SnapTo runs only the 4.4 Kitkat Android OS. It has some minor advantages with the 5MP camera and 2200 mAh battery that can last over a day and it is officially priced at $180 without a sim card. Of course you can find better deals around $120 on Amazon.

The first generation of Motorola E was one of the best and cheapest smartphones from 2014. The 2nd generation released earlier this year seems to be the upgraded version of Motorola E 2014 and that’s why this smartphone deserves a place in the 2015 top. The big difference the Motorola E 2nd gen brings is the fact that it has 4G LTE internet connectivity, updating the Moto E series in today’s technology. Motorola E has a quad-core Qualcomm Snapdragon 410 chipset working on 1.2GHz and includes 1GB RAM. The 2nd gen phone has an upgraded to 2309 mAh battery which lasts for about 24 hours on medium use and it works on 5.0 Lollipop Android. If you want to buy the Motorola E 2nd gen from their providers it costs $120 without a sim card but you can get an $100 deal on Amazon.

If you are looking for a cheap smartphone but with attractive design Full HD screen and a easy to use software, Alcatel Onetouch Idol 3 might be the one. It comes in 2 different display sizes, 4.7″ and 5.5″ but there are no major differences between them and the smaller sized one costs around $100 less. Idol 3 works with a quad-core Snapdragon 615 CPU with 1.5GHz and 2GB RAM. The smartphone has 13MP camera but it’s not very reliable also beware of multi-tasking because it slows down the phone’s software. Alcatel Onetouch Idol 3 is powered by a 2910 mAh battery and runs a 5.0 Lollipop Android OS. Idol 3 is obviously designed with better features but somewhere around the previous phones price range by costing around $180.

Another cheap Huawei has made an impact this year on the Android smartphone market, the 6.1″ Huawei Ascend Mate 2. This 4G smartphone has a quad-core  Qualcomm Snapdragon 400 CPU with 1.6 GHz and 2GB RAM. It uses a pretty sharp 13MP camera but its focus feature is the 4050 mAh battery that can last almost 2 days with medium usage. Some people don’t appreciate the big display considering the smartphone an actual phablet. As for the Operating System it is originally released with 4.3 Jelly Bean Android but it is upgradable to 5.1 Lollipop. If you are seeking a big sized smartphone with no contract good performance and under $300 Huawei Ascend Mate 2 is one of the top choices.

The well-known laptop manufacturer Asus released in March this year a cheap but performing smartphone the Asus Zenfone 2. With a 5.5″ display, its famous Intel Atom Z3580 quad-core processor running with 2.3 GHz and 2GB RAM makes Zenfone fast enough for games and multi-tasking. The dual-sim card smartphone has a pretty decent 13MP camera and contains a performant 3000 mAh battery. The Asus Zenfone 2 comes with 5.0 Lollipop Android OS and costs as half as much than his competitors, its price range being somewhere under $300. Although Asus Zenfone 2 fluctuates around $300 its performing features, speed and easy to use interface makes it the top choice of cheap Android phones for 2015.