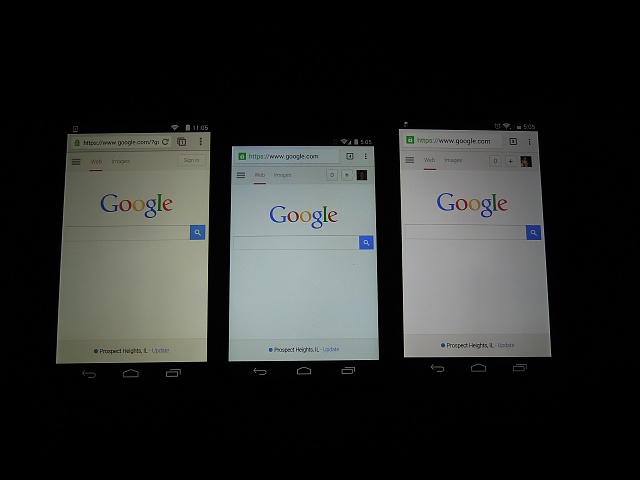 The Nexus 5X has a display problem, unfortunately, and at the moment, we’re not entirely sure where it stems from. Google started shipping the Nexus 5X lastweek, and those who already got their units quickly discovered that when brightness was set to max on the Nexus 5X display, an odd yellow tint would surface in the color scheme. Although users of the phone will mst likely overlook the yellow screen issue, if they put the Nexus 5X next to another phone, they will notice what we’re talking about. The issue was first raised and got attention on Reddit, where a user posted pictures of their Nexus 5X unit struggling with a yellow tinted display. It’s a massive thread, denoting a pretty widespread problem. Unfortunately, they couldn’t find out what the cause of the tint was, as their phone was quickly replaced by Google.

Users on Reddit are discussing whether the Nexus 5X yellow tint issue is a software or a hardware problem. So far, we haven’t managed to find out because Google did not issue an official statement about the problem nor did they publicly address the issue as of yet. However, the yellow tint thing is impacting more Nexus 5X users and it seems to be a moderate problem. If software is determined to be the cause of the problem, Google will most likely be sending out an update to fix it in a matter of days. If it’s a hardware issue, than those experiencing issues with the display should contact support and ask for a replacement device. Photos of how the yellow tint manifests on the Nexus 5X were provided by Reddit commenters bennyboymtl84 and the first one to post about the problem, yamm3rs.

Those on Reddit discussed about customer support and most of the people who voiced their opinions were convinced that it’s a hardware issue, because Google had replaced their phones. While we don’t know how widespread the issue is at the moment, if it’s problem caused by hardware or LG’s display technology, Google might be in for a massive loss in profits on this one. There are thousands of users who are still waiting for the Nexus 5X to arrive in their PO boxes, and if those units will have to be recalled and replaced, the Nexus name might have a bit of suffering to do this year.

Nexus 5X users don’t seem to be super-happy with their device, some saying that its performance got worse, i=blaming the new encryption of Android 6.0 Marshmallow in the meantime. The encryption can be turned off, but the issue is that thees users say the Nexus 5X is still a sub-par user experience and that will no doubt constitute a problem for Android and a problem for Google. The Nexus 5X was supposed to be the much-improved version of the fan-favorite Nexus 5 of 2013. While on paper it sounds like exactly what fans have wanted, if the performance of the device turns out to be problematic, Google might have to cut their losses once again. That’s because users who already got their replacement device after consulting Google about the Nexus 5X yellow tint issue stated that the replacement units also had the problem. Some replacement Nexus 5X units had an even yellower screen than the original reported one, while others had slightly tinted or screens just the same. There are of course plenty of units out there that don’t have  a problem.

On the other hand, the Nexus 6P reviews are nothing but positive, so the Mountain View giant did good this year, ultimately. We’re hoping that the Nexus 5X yellow display issue is based in software and that Google hasn’t spoken up about the problem because they already have a fix ready to be sent out. Like OnePlus fixed the same issue in the OnePlus One, Google and LG should fix it in the Nexus 5X just as easily. With the new features in Android 6.0 Marshmallow and the new user experience that the Nexus 5X is offering, it would be a bummer for this device to flop for such a small hiccup,