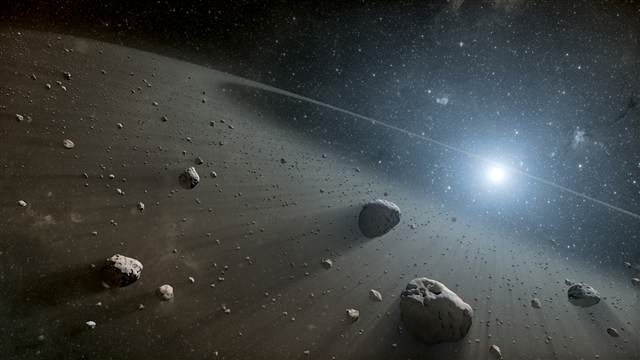 It sure sounds like science fiction, but the truth is that asteroid mining is not a far-fetched idea anymore. Sure, we’re still years away before the technology catches up with our imagination, but strangely enough, that’s the least of our problems. Humanity has always been plagued by its self-imposed rules and even if we had the means to accomplish this seemingly futuristic task right now we still couldn’t do it. Why? Because although asteroids are not the propriety of anyone (yet), apparently a bill still needs to be passed in order for companies interested in this venture to start mining.

But luckily, two ingenious members of Congress have thought ahead and already signed such a bill. I suppose the idea is that a couple of signatures should make asteroid mining legal now as presumably such a thing was illegal before. The bill was signed by U.S. Representatives Bill Posey (R-FL) and Derek Kilmer (D-WA) who are both members of the House Science, Space and Technology Committee. As a testament to their serious views towards asteroid mining, the two even took the time to come up with a clever name for this bill. The bipartisan legislation goes by the name of American Space Technology for Exploring Resource Opportunities in Deep Space, which abbreviates to ASTEROIDS. Good show gentlemen, good show. The full details on this rather unusual legislation can be read below.

“Asteroids are excellent potential sources of highly valuable resources and minerals, said Rep. Bill Posey. “Our knowledge of asteroids – their number, location, and composition – has been increasing at a tremendous rate and space technology has advanced to the point where the private sector is now able to begin planning such expeditions. Our legislation will help promote private exploration and protect commercial rights as these endeavors move forward and I thank Representative Kilmer for working with me to help advance this industry.”

“We may be many years away from successfully mining an asteroid, but the research to turn this from science fiction into reality is being done today,” said Rep Derek Kilmer. “Businesses in Washington state and elsewhere are investing in this opportunity, but in order to grow and create more jobs they need greater certainty. That’s why I’m excited to introduce this bill with Representative Posey so we can help the United States access new supplies of critical rare metals while serving as a launch pad for a growing industry. Currently, rare minerals used to manufacture a wide range of products are found in a small number of countries. This has left the United States dependent on foreign nations for these resources. The limited supply and high demand for these materials, alongside major advances in space technology and a deeper understanding of asteroids, has led a number of private sector investors to begin developing plans to identify and secure high-value minerals found on asteroids and transport them for use here on Earth. “