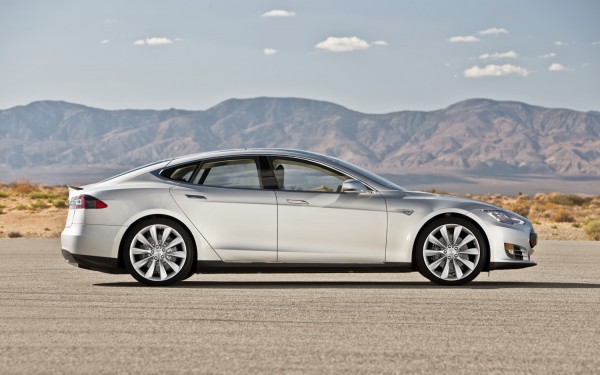 Elon Musk announced yesterday that the Tesla Model S will be getting a software update this month which will address concerns about drivers not knowing how long they can travel without running out of juice. To be fair, you can already see the mileage you’re going to do with the juice you have left in the Tesla vehicle, but with the software update, you will also be able to see nearby charging stations and the platform will also let you know when you’ve gone too far away from one such station.

People interested in the Tesla Model S were concerned about recharging their vehicles and in its impossibility, getting stranded on a road or freeway somewhere, with no possibility of getting near an electric charger. The 6.2 version of the new software will “give drivers peace of mind”, according to founder Elon Musk. Within the software, developers have introduced a feature called “Range Assurance”, which will deliver information about Tesla supercharger stations in the vicinity of the vehicle you’re driving.

With the new feature, Elon Musk wants to calm “range anxiety” of electric car drivers and stressed the fact that with it, drivers will not be stranded without power, unless they want to be. Vocal confirmation will be required when the software warns the driver that they are getting too far from a charging station and that their current juice won’t last until the next one. The driver at the wheel of the Tesla sedan will have to confirm twice that they are sure about going forward on their trip, at the risk of running out of juice and being stranded.

There are 403 Tesla Supercharger stations scattered across the United States, which is a rather low number at first. Considering the fact that adoption of electric vehicles is still in its incipient stages, that shouldn’t be too big of a problem. As adoption grows, more stations will be added to the roadmap and Elon Musk is also working on battery swap stations in the state of California.

The 6.2 software update for Tesla vehicles should be arriving by the end of the month, over the air through the vehicles’ own cellular connection. Drivers should be getting the update as soon as next week, according to Elon Musk. As the development of Tesla software goes on, drivers should be expecting more features to be added that will enhance their driving experience. Elon Musk stresses the fact that the Tesla Model S is more of a computer than just a transportation vehicle thanks to the software solutions the company provides.