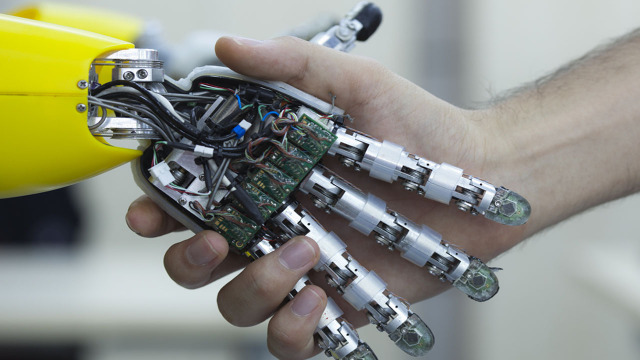 Artificial intelligence has become a very popular topic these days thanks in no small part to well-known public figures such as Elon Musk or Stephen Hawking. Unfortunately, most of what we hear about this subject is pretty scary and usually ends with humanity being either destroyed or enslaved once our robotic creations inevitably rise up against us. But what if artificial intelligence could still stay on our side even after it becomes much smarter than us? For some reason most people seem to think that this is an unlikely scenario, Elon Musk, Stephen Hawking and even Bill Gates included. Well, the good news is that not everybody feels the same way about this topic and there are, in fact, quite a few people that view AI as a great opportunity, as opposed to a threat to humanity.

One of these people is professor Lawrence Krauss, a world-renowned theoretical physicist who also happens to be the author of multiple bestselling books, the director of the Origins Project, and (among others) one of the first scientists to propose the concept of “dark energy.” In short, the man knows his stuff. Professor Krauss recently jumped in to share his own thoughts on the possibility of advanced artificial intelligence and for once the prospect doesn’t seem as grim anymore. Lawrence Krauss believes that computers will indeed become conscious one day, but contrary to many predictions, that day won’t necessarily have to kickstart the beginning of the end for mankind.

An interesting point made by professor Krauss is that AI could eventually have emotions, just like us. Since artificial intelligence is expected to become very smart thanks to its ability to learn new things at an extremely fast rate, who’s to say that it won’t end up learning what it means to be sad, happy, or afraid? If that case, it’s not far-fetched to think that artificial intelligence would have empathy for living things rather than an urge to destroy them like we see in most movies. The physicist also mentioned that he is aware of the concerns expressed by his colleague Stephen Hawking and others. Although he understands why some people are scared that AI could cause major problems for us at some point, Krauss is an optimist and thinks that a lot of good can come out of this technology as well. Here’s hoping he’s right on this one.

Machines are useful because they’re tools that help us do what we want to do. And I think computation machines are good examples of that. One has to be very careful in creating machines to not assume they’re more capable than they are. That’s true in cars. That’s true in vehicles that we make. That’s true in weapons we create. That’s true in defensive mechanisms we create. And so to me the dangers of AI are mostly due to the fact that people may assume the devices they create are more capable than they are and don’t need more control and monitoring. I guess I find the opportunities to be far more exciting than the dangers. The unknown is always dangerous but ultimately machines and computational machines are improving our lives in many ways.

Besides, at the moment artificial intelligence is far less advanced than people give it credit for. We may need to start worrying in a decade or so, but for now AI robots apparently can’t even fold laundry properly according to professor Krauss. Admittedly, Facebook does have rather impressive artificial intelligence that can generate some pretty realistic images, however, that software is unlikely to become sentient anytime soon.