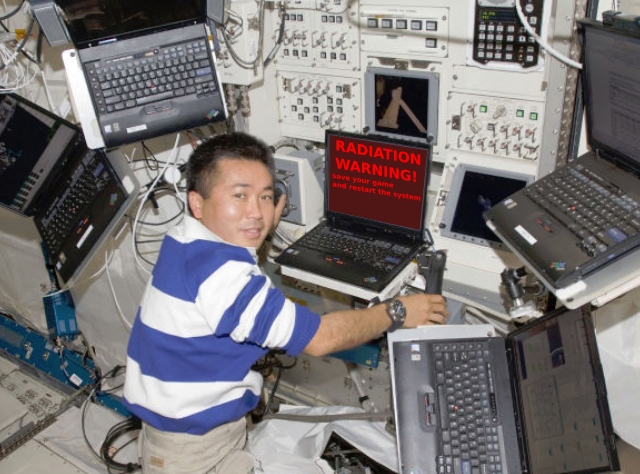 In the midst of a probable budget reduction, NASA has apparently decided to equip the computers on board the ISS with a commercial grade backup application developed by a small Romanian software firm.

Quite surprisingly, Backup4All has managed to impress the budget staff at NASA. The $49.99 data backup solution has proven to be the best option for the Government agency. Remember, NASA gets about $50.000.000 per day, so you can’t say that money is really an issue, despite Trump’s cabinet aiming for a reduction in budget.

Still, the 2016 Operational Plan for the ISS Systems Operations and Maintenance was at a little over $1.000.000 dollars. That sum is supposed to cover everything from failing electrical systems to deteriorating electronics. Radiation is a big thing out there in space land, so having data back-up is essential to keeping research files safe from disk failures and other space hazards. You wouldn’t want water juggling videos to go to waste.

Perhaps this move was in preparation for the new astronauts that are scheduled to travel to the ISS in 2017 and 2018. The ISS calendar shows that the first ever commercial crew vehicle will dock with the space station in September next year. That’s enough to make you worry about dilettantes clapping at your wall suspended laptop like little kids when you’re not watching.

I’m honestly perplexed by this bit of info. I’ve always thought that such big boys like NASA would develop their own software programs, but maybe they trust Romanian expertise more than they trust their own developers. Now, could this be another reason for flat earthers to point a finger at NASA, or is it just another piece of #fakenews?