Amazon is accusing Wal-Mart of bullying for using AWS 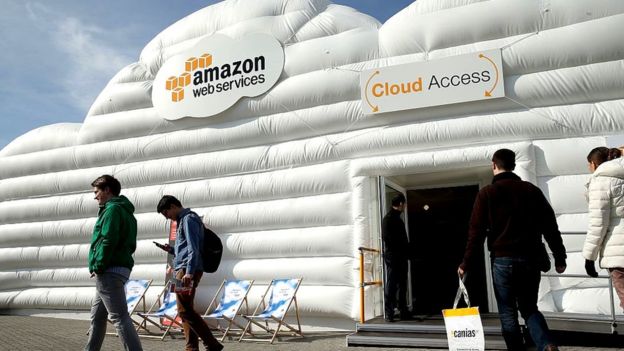 Amazon is accusing Wal-Mart of bullying for using AWS

With sincerity. I always believed that places like Wal-Mart are great for buying things upfront and not in online stores. However, I have seen an uprising of Online storefronts like Amazon where people have been able to buy large products at near economic prices. However, in what has become a possible case of misunderstanding. Wal-mart has done some questionable business practices that need to be brought to light.

Wal-Mart has recently gotten accused of a backdoor deal that involves bullying IT companies into shunning their online web service, this report comes at a time where Amazon has recently bought Whole Foods to expand its service to online grocery shopping and a Nike’s deal where they will be able to sell their sports gear on the site.

The Amazon Web Services (Or AWS) has been the lead of the market industry because of how accessible it has become for users to store their data. However, since it’s a market corporation its often mistaken to be a direct competitor to Wal-Mart. And as such, it becomes a problem when employees use the storefront. A spokesman for Wal-Mart has been more specific about it by saying “Our vendors have the choice of using any cloud provider that meets their needs and their customers’ needs, it shouldn’t be a big surprise that there are cases in which we’d prefer our most sensitive data isn’t sitting on a competitor’s platform.”

The difference between AWS and Amazon’s Store

However, Amazon isn’t buying any of that because, like mentioned before. The web services have nothing to do with their online storefront. “We’ve heard that Walmart continues to try to bully their suppliers into not using AWS because they have an incorrect view that AWS is somehow supporting Amazon’s retail business,” said a spokesman. It’s even proven further wrong by how AWS’ own encryption service can’t allow any insider or outsider to peer into the data stored into its cloud service.

“AWS is a separate part of Amazon’s business, but ultimately this comes back to being frightened of being disrupted, especially in light of the recent acquisition of Whole Foods,” said Nick McQuire, from the consultancy CCS Insight. “The question is whether this fear now will cause a wider backlash among retailers, where you get many within the community switching from using AWS in the cloud to Google, Microsoft or someone else.” While I honestly believe that Wal-Mart shouldn’t be concerned about using AWS, it’s always the choice of the corporation itself. However, I honestly don’t think spreading bad rumors about the service to other companies will suffice. AWS is a pretty secure service and their terms pretty much show how well the data of anyone who uses it is protected.