Deal of the day: Mortal Kombat X at one quarter of the regular price 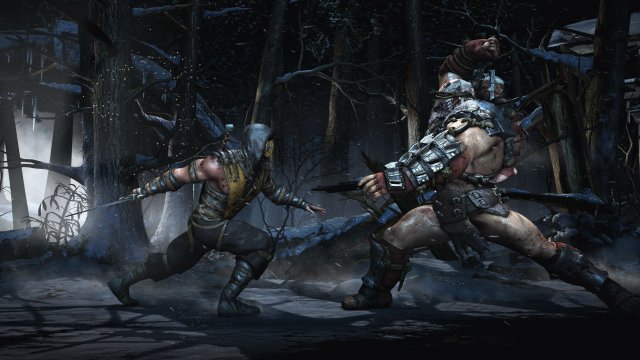 Deal of the day: Mortal Kombat X at one quarter of the regular price

Mortal Kombat X is one hell of a game in spite of the issues that made it somewhat difficult to play at launch. Well, the game has already been out for more than a month and the said problems are now a thing of the past thanks to developer NetherRealm Studios and the patches that came after release. This is precisely why now would be a great time to check it out if you still haven’t for some odd reason (no judgement, just saying). As always, you can find games cheaper than usual if you know where to look and we definitely know where to look. If you’ve been considering Mortal Kombat X for your next gaming marathon know that CDKeys is offering the gory title for only $15.75, no more no less.

By comparison, most marketplaces (including Steam) are still offering the game for the full price (boo!) of 60 bucks, which may or may not be worth it depending on how you feel about extreme violence and blood. Who am I kidding, we all love that kind of stuff! But cheaper is always better if you ask me and Mortal Kombat X can definitely be yours for a cheap price if you want it. This particular deal is only available for the PC version of the game, but don’t worry console peeps because I’ll let you know as soon as I hear about a good deal for PS4 or Xbox One.

Unfortunately we live in the age of DLC so getting the regular version of Mortal Kombat X will not grant you access to all the available content. Regardless of the game, you always have two options when it comes to this – you either settle for the base game and curse the publishers for their predatory business practices or shell out a few extra bucks in order to get the extra content….and curse the publishers for their predatory business practices. A third option would be to get the Mortal Kombat X Premium Edition for $27 (usually priced at around $90) which of course includes extra skins and four more playable characters in the form of special guests Jason Voorhees and the Predator, as well as returning classics Tanya and Tremor.

Alternatively, there’s the Mortal Kombat X Kombat Pack which gives you all the extra characters and skins and is priced separately at $15. The Kombat Pack basically turns the Standard Edition of the game into the Premium Edition, but getting the Premium version from the get-go would save you a couple of bucks if my math is correct. As a side note, Goro will not be available to you even if you have the Premium Edition because the character was meant to be an exclusive bonus for those who pre-ordered the game. However, anyone can still get Goro via DLC if they’re willing to dish out an extra $3. All in all, PC gamers can get the all of the Mortal Kombat X content from CDKeys for just 30 bucks, which is only half of what you’d be paying for the Standard Edition on Steam. Interestingly enough, getting the game from this marketplace will allow you to play on Steam anyway so make sure to check it out if you’re interested.

Also check out yesterday’s deal of the day for The Witcher 3: Wild Hunt ($35.75 – still available) and stayed tuned for more deals, news, rants, and all manner of other good stuff.