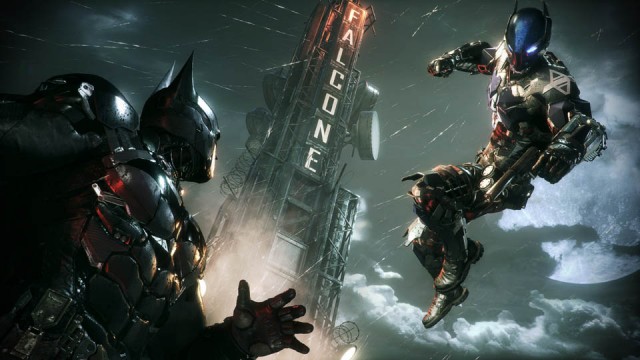 If you’re looking to buy Batman Arkham Knight on PC right now chances are that you either don’t have a console to play it on or just love the series so much that you’re willing to ignore all the issues that are currently plaguing the game. As you probably already know, Warner Bros. recently pulled the game from Steam due to all of these problems and are promising to make it available once again as soon as everything works as it should. Naturally, it’s advisable that you wait until a patch is released before getting Batman Arkham Knight, but if you’d like to play it now regardless that are still a couple of retailers that have it in stock and are even selling it at a discount.

Our good friends over at CDKeys are currently offering the PC version of Batman Arkham Knight for the ridiculously low price of just $19 (down from $60). Granted, it may pretty buggy right now, but once the promised patch comes out this will be an incredible deal as at its core Batman Arkham Knight is a really excellent title. What’s more, for $19 you would also get the Harley Quinn DLC along with the 52 Skin Pack. Alternatively, there’s also the Batman Arkham Knight Premium Edition priced at $30 (down from $70), which includes all the above plus the Season Pass or if you want the Season Pass separately you can get it for 18 bucks (down from 31).

Unfortunately, the folks over at CDKeys don’t have a discount for the console versions of Batman Arkham Knight just yet, but if you’re looking for some other cheap console games to play this weekend there are a couple of interesting deals available. If you’re on the Xbox One and still haven’t played Assassin’s Creed Unity yet you can now get it for just $15. Not a whole lot of deals for the PS4 at the moment, but if you’re late to the party with The Last of Us Remastered you can now get it for only $13.

Also on CDKeys, you can find great PC deals for The Witcher 3: Wild Hunt, Star Wars Battlefront, Fallout 4, and Starcraft 2 Legacy of the Void among many others so make sure you check them out.