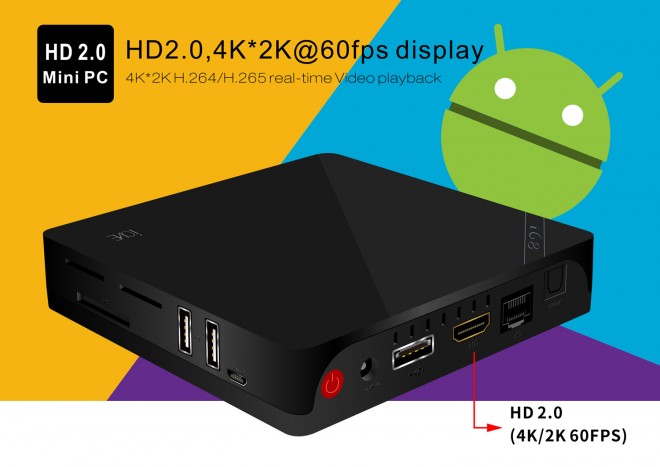 One of the flaws that you come across when shopping for a Mini PC is the lack of ports. Although most options on the market emphasize design, thinness and portability, there are only a few which offer the number of ports a power user would need. Which is not a problem, as Mini PCs aren’t meant for power users, but they are still good on-the-go or on-the-road computers, and they’re perfect for keeping sensitive data private. Which is why ports can be important on a Mini PC, and recently, the Beelink i68 has proven its mettle with the connectivity that it offers.

Although the Beelink i68 is not the best performer out there, it’s available for an affordable price of $82 on GearBest, and it does excel in connectivity. I would recommend the Beelink i68 for those who travel a lot and need a lot of data on the way, such as freelance professionals, artists, actors and many others. On the go jobs are pretty popular as people, even tech enthusiasts, are embracing the “you only live once” saying and trekking the world. But the Beelink i68 can also be a great option for kids, as it has enough power to let them do some gaming and the family what movies together on the biggest screen of the house. Let’s not forget that it’s meant to be an entertainment center! 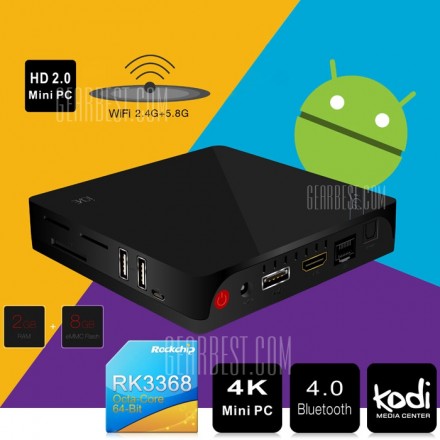 So many features, yet something feels wrong

The Beelink i68 and its ports make the Mini PC itself a handy device to have because its multifunctionality adds to its benefits. You can connect USB or Bluetooth joysticks to it and play games from the Play Store (the device runs on Android 5.1 Lollipop, by the way), connect mice, keyboards, cameras, printers, and flash drives to do almost anything you would do on a PC and a smartphone. You can use even use video calling if you plug your camera in, but the device doesn’t have a SIM card slot.

Since we’ve discussed the possible use cases for the Beelink i68 Mini PC, let’s see what it actually has to offer. The best way to do that is checking out the specs, features and of course, ports. The Beelink i68 Mini PC isn’t as good as other alternatives in its price range, but it can certainly do for a mobile workstation, as long as you don’t plan on abusing its abilities. Minion Rush, Angry Birds, Candy Crush, Netflix, Spotify, Hulu, Pandora, Youtube, Vimeo, Alphabear, Asphalt 8, The Sims 4 and most others will work like a charm, on the biggest screen in your vicinity.

The body of the Beelink i68 is a bit hefty, but it can look pretty stylish next to a super-slim TV set. Although it won’t fit in your pocket, the Mini PC will find its place in your suitcase, backpack or purse, for sure. There’s nothing special about its design though, so you might as well hide it behind the TV. But it’s pitch black, clean and minimalistic, so one would say it’s a classic. The ports on its sides aren’t pretty, but hey, they’re the best part.

On the front and left side of the Beelink i68, we’ve got nothing more than a matte black finish, but moving on to the back panel, we’ll find ourselves looking at a power button, power jack, a USB 2.0 port, an HDMI port, an Ethernet port, an SPDIF (which some of you audiophiles out there might find truly attractive) while on the right side, there is a microSD card slot, another 2 USB 2.0 jacks and an microUSB port. In the package, you’ll get a remote control, an HDMI cable as well as an OTG cable, so it’s a pretty neat deal.  The sad part is, and it’s a big one: no headphone jack. But hey, Bluetooth headphones are better anyway. 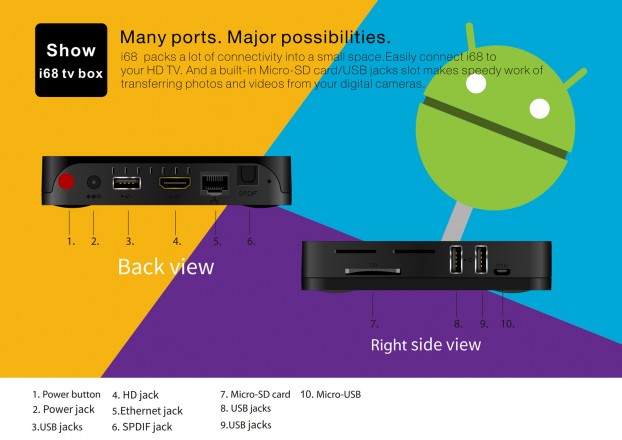 Under the hood, the Beelink i38 comes with a Rockchip RK3368 64 bit octa core CPU, 2 GB RAM and only 8 GB internal storage. The lack of storage space might be a bit of a hassle for some, but if you use online media a lot, you probably won’t mind. Moreover, you can use a microSD card to expand storage and can attach external hard drives to the device, too. It supports 2K and 4 K video output, which is nice for game night, that’s for sure.

Bluetooth 4.0, Wi-Fi and you’ve got the whole deal. There’s no battery included, so you’re going to have to pack the charger with you too, but since the charger itself is smaller than your smartphone, I don’t think there wouldn’t be a side pocket on your suitcase with some room. Nonetheless, this and the lack of storage, as well as lack of audio jack are downsides you have to consider. For the price and connectivity it offers, the Beelink i68 can definitely do its job, but its design makes you wonder whether someone accidentally forgot about the audio jack.