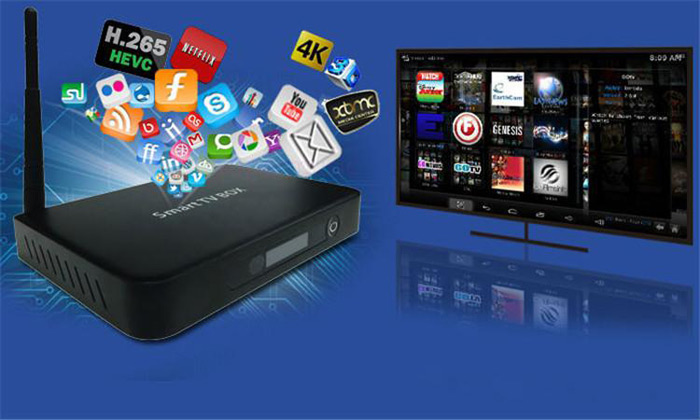 The TV box is an important milestone in entertainment, because it offers up the possibility of turning regular old HDTVs into truly smart devices that are the center of your living room.Entertainment should happen on the biggest screen in the house, and we’ve got just the solution in the form of a cheap, yet useful TV Box called the T9. The T9 TV Box is as simple as its name, featuring only the most important elements needed to turn a TV into a smart device.

You can buy the T9 TV Box from GearBest for only $80 a pop, which is quite an impressive price for a TV Box. While the new Chromecast could easily make your entertainment experience complete, this one offers a couple of extra features – like the full Android operating system. The device comes with Android 4.4 KitKat on board, so nostalgic people who don’t like Lollipop could enjoy this device even more. 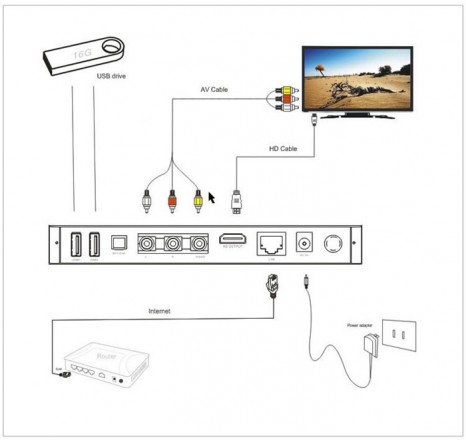 The TV Box is simple and small, and while it isn’t portable, it could be a good addition to your living room’s design. If the big screen TV in your house just isn’t smart enough, this is an easy way to make it so without having to buy an expensive new smart TV. The device comes with a Amlogic S812 CPU and Mali-450MP GPU, providing excellent performance and visuals. The CPU is backed by 2 GB RAM and there are 2 GBs of storage available on board, with the possibility of expansion through a microSD card slot. The TV Box is compatible with Kodi and XBMC so you can get your content from anywhere, but it also offers you everything that Android is equipped with, including Netflix and chill.

Although the T9 TV box looks more like a router than a TV box, it’s a useful and cheap gadget to have. Add to its specs the presence of Wi-Fi, an awesome AV cable port, HDMI and a slew of connectivity options, and you’ve got a rather balanced device with a nice bang for buck in the end. Altough a multi-boot option would have been nice, the TV Box would be perfect for general entertainment and even gaming, seeing as you can connect joysticks to the device pretty easily. Any takers?