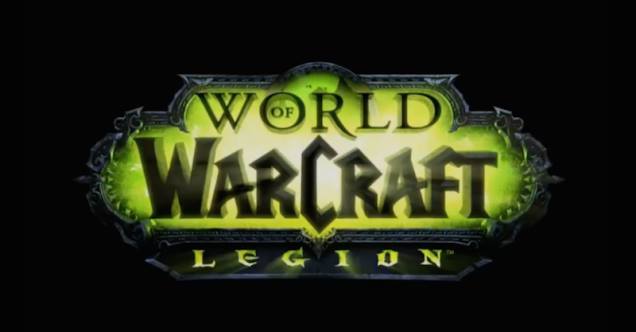 So, here we are at Gamescom week for 2015, and Blizzard is making some serious waves about the announcement of their newest expansion for their MMO, World of Warcraft. This news comes after a report that basically says nothing short of “You guys are not doing so well” – they lost 1.5 million subscribers in the past quarter alone, and their player base is now at a meager (but not entirely low) 5.6 million subscribers. The last time the subscriber count was so low was in 2006, according to MMO Champion. However, Blizzard does not seem to be phased with those losses, as they believe that their newest expansion, Legion, will revitalize the game.

However, here’s the catch. The new expansion may not be out for another year, yet. The newest patch to hit the game was patch 6.2, which brought some decent changes to the table, but overall, are they really worthwhile in the long run? In the short run, people flocked back to play the game, but only because of the new content. A few weeks later, a few months later down the line, the game’s zones remain as empty as they were pre-patch, and going forward that’s not a good sign. 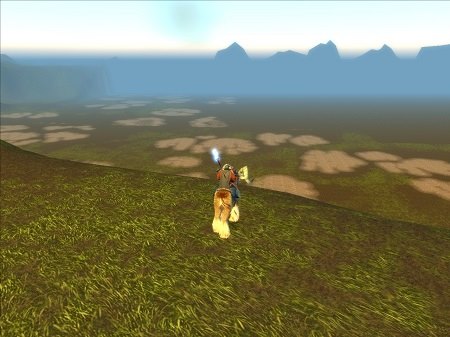 One of the most fundamental problems of World of Warcraft is its lack of integration of older zones into new content. The old zones become virtual ghost towns, snapshots of that have no signs of player life, other than the occasional player hoarding and farming crafting materials. Not to mention, World of Warcraft has no real end game. And yes, I understand your skepticism with that comment. But thinking about it, it’s only the hardcore raiders and the people who participate in the battlegrounds. Any of my friends who still play the game tell me the exact same thing, but they still keep up with it, out of a sense of loyalty to their raiding squads. And while loyalty is good, it’s not going to be good enough, especially with the rise of other major MMOs – Final Fantasy XIV: A Realm Reborn, The Old Republic, Guild Wars 2, the list goes on. When we think about old zones becoming empty, that’s why I want to look at a game like A Realm Reborn, which brings integration of content into new and old zones alike, and keeps some new features strictly within the new zones (flying mounts). 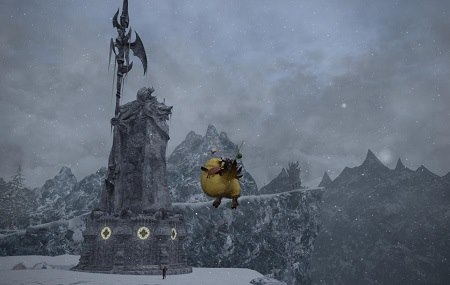 Each MMO has its own set of distinctive features. The Old Republic went way beyond the click and send quest chain, and devised a quest line that immersed the players completely within the storyline, with the voice acting, something that cost quite an arm and a leg for Bioware. Special effects and all, over $200 million was dropped for that game, and it did poorly enough to have to switch to a free to play model. Final Fantasy XIV: A Realm Reborn is a nostalgic festival of memories that brings older and popular characters back into the fold as bosses or exclusives, but has actually gotten good with the release of their newest expansion Heavensward, which released in June and brought meaning back to some of the old zones. Guild Wars 2 lets players pick and choose their own lifestyle – players can level and reach their max potentials entirely by crafting. They don’t have to leave the main city walls, and the gameplay is going to make some waves with Heart of the Thorns.

When I think of World of Warcraft, I can’t think of anything at all. I can’t find any uniqueness anymore. The game looks incredibly dated graphics wise, the quests are incredibly monotonous, and the battlegrounds feel stale. I tried getting back into it when Mists of Pandaria came out, and I saw zero appeal coming back. I immediately canceled my game order, and ended up getting my money back merely because it’s so empty. Even with a high-end PC, the game still looks very cartoonish, compared to the lush realism and beautiful environments of A Realm Reborn and Guild Wars 2. I see no point in having this MMO anymore in this day and age, and while the new expansion, Legion, might be an answer to their subscription problem, it’s only going to be a band-aid solution that avoids the crux of the issue – where is the uniquely good content, and how can Blizzard compete in the face of much more forward thinking MMOs? Does Legion have a mysterious trick up its sleeve to entice millions of gamers into repaying for a $15/month subscription, when other games charge for less or none at all? I will acknowledge its status as a king for having dominated the MMO market for the past few years, but I think that its time has come.

I find Blizzard to be stale. Their material is not as exciting as it was in years past. I missed the sense of wonder, the sense of excitement in finding out that a new game expansion came out. Now it is more of the same old thing, over and over again. Except for Diablo III, which sees very occasional bursts of great stuff – but again, a short term problem. When a new content patch comes out, I’m amused for two to three weeks tops, otherwise I’m back to the table writing away in my free time. They may have a lot going with games like Heroes of the Storm. But they are still short-term fixes that don’t address the idea of a personal uniqueness. No matter the grandeur of their proposals at first, and no matter how much we in the press will salivate for it, to me I just don’t see the appeal in Blizzard Entertainment. 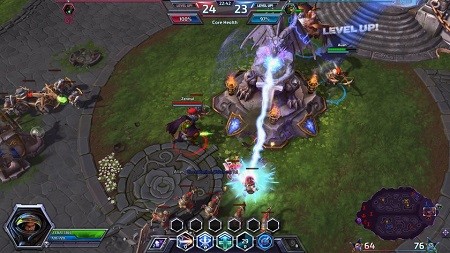 Let’s take a look at two of the relatively empty titles in Blizzard’s lineup – Heroes of the Storm and Diablo III. Yep. I’m calling Heroes of the Storm an empty title. I realize how popular this title is and the attention it’s getting, but when I hear MOBA the immediate thought is to look at games like Valve’s DotA 2, or Riot’s League of Legends. In America, most people think Dota or League of Legends when you ask about a MOBA game. When we look at Heroes of the Storm, it doesn’t hold a candle to its competitors, simply due to its overly casual nature and the reliance on its microtransactions that can quickly empty wallets. Diablo III, on the other hand, is infamous for its incredibly shoddy launch. We all remember Error 37. Its auction house was met with criticism from fans and media alike, claiming that it went against the spirit of what Diablo was about. Its content saw strides going in the right direction, but even now, the only times people get excited are for new patches. Several weeks later… I can hear a pin drop. And there is supposed to be thirty million Diablo III players. It’s so empty and people stop caring.

Blizzard is catering too much in creating lackluster short-term experiences, for short term gains, rather than creating a grandiose experience that will entice more people in the long run. Their focus on Warcraft and their new MOBA puts the cart before the horse and they’re forgetting a large part of their audience. Heck, Diablo III barely got any kind of mention at Gamescom this year! And the fact that their new 2.3 patch is coming out with some major key changes further nails the coffin shut – these games, and Blizzard themselves, are not going to go much further.

With Legion, I think that this is their last endgame, no matter what they say. Toss numbers at me as much as you want, I do not see them making a truly good recovery. My projection is that many people will leave before the expansion launches, and even then the numbers will probably never go back to its golden days. At the end, I see their losses and then their resurgence of subscribers leveling out to approximately 5.6 million with either a small net gain or a small net loss. There’s no chance that they will die out completely, given that they have plenty of money in their vaults, but as a dedicated gamer, Legion is going to be their last chance to show me, and to hopefully many other people, that they have an ace in their sleeves. Who knows? Maybe they’ll develop a hit mobile game, see how much money they make at a low development cost, and then switch to that. It’s happened to Konami!

As disappointed as I am in Blizzard lately, I’m disappointed more in the video gaming industry, for having fallen so low. Games are no longer about the gameplay and the innovation, and instead are glorified high definition movies that allow the player to play with quick time events. As amazing as E3 was this year, every platform was all about showing these overly high definition games. I don’t give a damn about seeing each and every one of Lara Croft’s eyelashes, I give a damn about how this game can impact my life, and whether it will be fun. I have seen enough Call of Duty games. I don’t care anymore for the newest AAA shooter, because those are just rehashed games in a slightly updated package. I don’t want to see another iteration of Halo! They’ve become like those sports games that have new iterations out once a year. You’ve played one, you’ve played them all, and I’m calling out the gaming industry because I want to see a unique game that is able to test me intellectually and gives me the sense of fun and wonder that I experienced years back playing games.

Blizzard raises us their new expansion, but I don’t think they have anything else to offer beyond a short term fix to a long term problem. Either way, I’ve entered the sunken cost analogy, and I’m sure that I’ll still end up paying $59.99 USD for a game that doesn’t entertain me for more than a month, and be completely okay with the number of things they lock behind the disk for extra money. Because that’s the way the cookie crumbles.