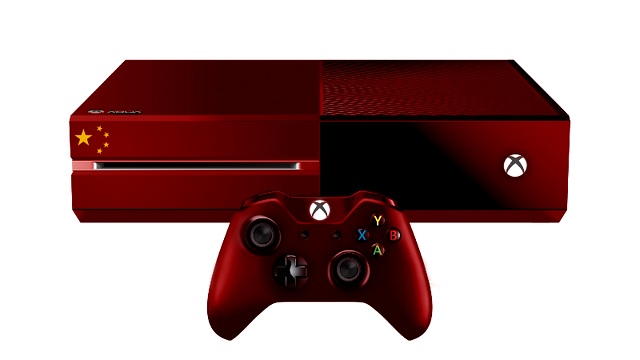 Today is a very big day for China and the gaming industry because the Xbox One was finally released in the country. Back in 2000, the Chinese government issued a ban on all gaming consoles and that ban has stayed in place until earlier this year. The Xbox One is the first gaming console to launch in China in 14 years, which is why I said that this is a big day for both China and the industry. Around 4,000 retail stores across the country now have the console on their shelves and they’re selling it for 4,299 yuan (the equivalent of about $700). This price is for the version that includes the Kinect, but there is also a version that comes without the sensor and it’s priced at 3,699 yuan (around $600).

By comparison, in the US a new Xbox One costs $499 with the Kinect and $399 without. There is certainly a big difference between the two countries when it comes to the price, but there is literally no competition in China at the moment so Microsoft can afford to sell it at a higher cost. This won’t last forever though, as Sony also announced that it’s going to launch the PS4 in the country at some point. However, the company didn’t give a specific date for when this will happen so the Xbox One will remain the only gaming console in town for the foreseeable future.

As for its launch lineup, the Chinese government only approved 10 games for now, but there are dozens more that are waiting for approval. The current lineup consists of Dance Central Spotlight, Forza Motorsport 5, Kinect Sports Rivals, Max: The Curse of Brotherhood, Naughty Kitties , Neverwinter Online, Powerstar Golf, Rayman Legends, Trials Fusion and Zoo Tycoon.